The future of African entrepreneurship finance and resourcing 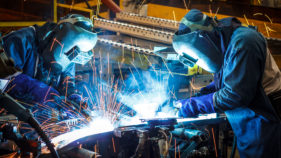 I gave a talk at a Masterclass organised by the MEST Lagos incubator last week on the topic of the future of African startup funding, and I thought it was important enough to share some of my thoughts on the subject with a broader audience.


When I was in secondary school, our “Food Prefect” was seen as the person with the most powerful and influential role because we needed food to survive before we could even do any learning. Much later in life, we realised that our teachers were more important than those food prefects as the knowledge we gained from them has enabled us to feed ourselves for years afterwards. The friendships we formed in school have also become a valuable support system that has helped our careers and businesses. The same food versus knowledge and community struggle is what African startups are currently facing. While knowledge of our communities and markets are essential for future exponential growth, we have presently prioritised survival. Taking a longer-term view is necessary.


African entrepreneurship and history
I believe that our African past is always intimately connected to our future. Historical contributions of African ingenuity and entrepreneurship do not get enough credit. At some point in history, an African King “Musa Keita 1” of Mali (popularly known as Mansa Musa) once controlled all the supply of Gold in the World and is considered by many as the wealthiest human that ever lived. He established a vast empire and established trade routes that facilitated a lot of commerce between domains.


Africans like Mansa Musa understood the importance of trade quite early and opened up to outsiders who brought religion along with them. I believe it is the flawed adoption of those faiths together with practices like slave trade that brought about the stagnation of African innovation for centuries. Colonialism also facilitated the wholesale adoption of cultures that masked the true nature of our people, communities and markets.


I have a theory that the movie “Coming to America” was what led to the rapid growth of “Advanced Fee Fraud” or “419” crimes. The movie portrayed a rich African monarchy to gullible outsiders as a source of future salvation. The movie “Black Panther” based on the fictional Marvel character and loosely inspired by Mansa Musa Keita is scheduled to launch next year. I am sure it will spike another renewed interest in the “hidden wealth” in Africa. I think we should not let criminals capitalise on it this time. Even though the story is fictional, it gives an opportunity to make people realise that the story of Africa is not all suffering and crime, it is also one of opportunity.


“America” is the greatest sales pitch in the history of humankind. They sell the country through the many channels in which they export their culture. Africa should learn how to make a similar pitch. The real story of Africa is not only about mighty Kings, but it is also about great communities.


Communities are greater than kingdoms
When we keep talking about our history, we mention kings and kingdoms, but we forget that kings and kingdoms would not exist without communities. Our “empire mentality” has also been the bane of our growth as African entrepreneurs.


My former Harvard Professor Noam Wasserman wrote a fascinating book titled “Founders’ Dilemmas” that I recommend strongly to every African entrepreneur. His research on the choices by entrepreneurs between “King” and “Rich” and its implication for the future valuation of enterprises also show why our predisposition towards creating business empires centred on personalities and individuals has slowed us down.


His theory is that the less control you have over your business in future as an entrepreneur, the more likely it will achieve growth. He did this study with some US-based companies of various sizes to arrive at this conclusion. The resources needed to scale most successful businesses make it imperative for some trade-off to happen. Those compromises in most cases have led to higher valuations.