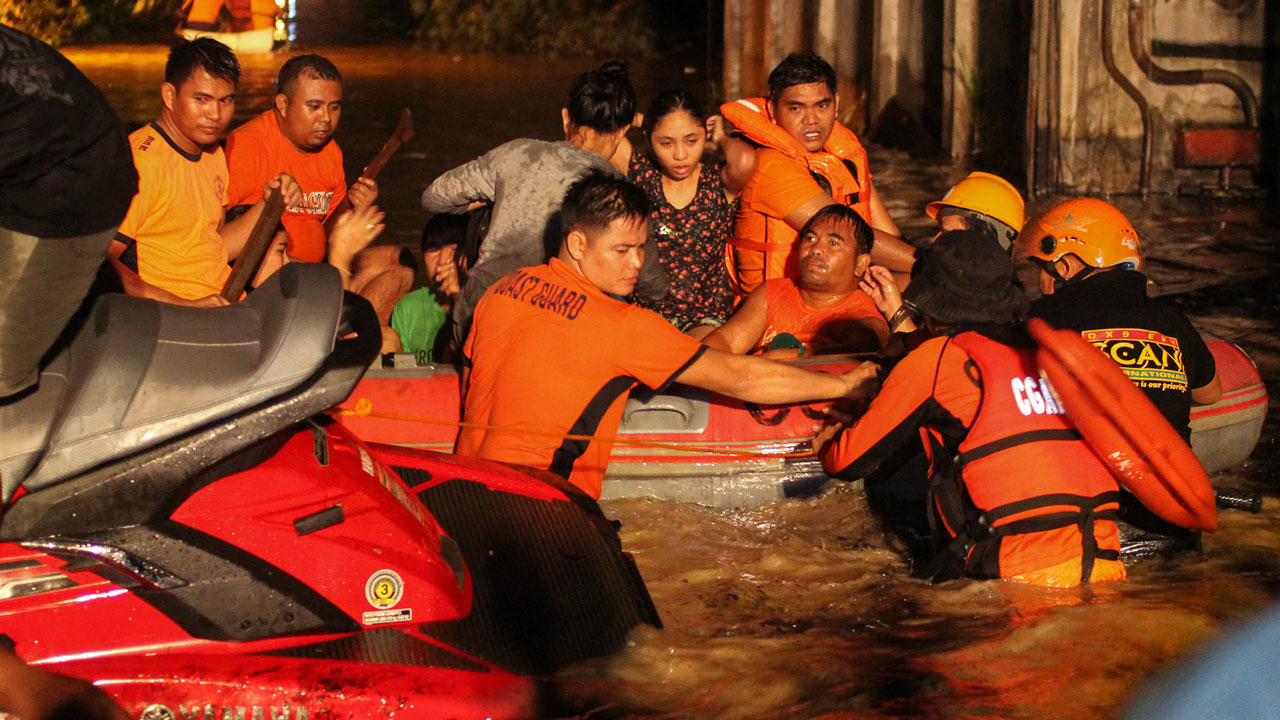 Rescue workers evacuate flood-affected residents in Davao on the southern Philippine island of Mindanao early on December 23, 2017, after Tropical Storm Tembin dumped torrential rains across the island. The death toll from the tropical storm that struck the southern Philippines has risen to 30 with five others missing, officials said on December 23.<br />MANMAN DEJETO / AFP


The death toll from a tropical storm in the southern Philippines climbed swiftly to 133 on Saturday, as rescuers pulled dozens of bodies from a swollen river, police said.


The Philippines is pummelled by 20 major storms each year on average, many of them deadly. But Mindanao, home to 20 million people, is rarely hit by these cyclones.


Rescuers retrieved 36 bodies from the Salog River in Mindanao on Saturday, as officials reported more fatalities in the impoverished Zamboanga peninsula.


Salvador and Sapad are in Lanao del Norte, which is one of the provinces hardest hit by Tembin.


The death toll for the Zamboanga peninsula also rose to 28, and police said 81 people were missing after mud and rocks swept down coastal communities in Sibuco and other fishing towns.


Tembin struck less than a week after Tropical Storm Kai-Tak left 54 dead and 24 missing in the central Philippines.


The deadliest typhoon to hit the country was Haiyan, which killed thousands and destroyed entire towns in heavily populated areas of the central Philippines in November 2013.