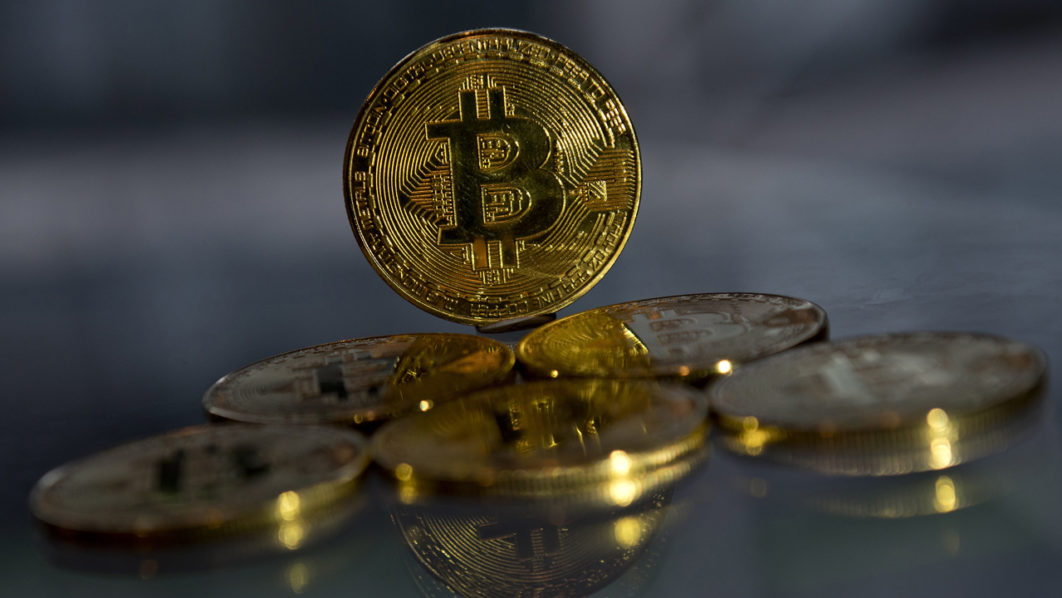 Gold plated souvenir Bitcoin coins are arranged for a photograph in London on November 20, 2017. Bitcoin, a type of cryptocurrency, uses peer-to-peer technology to operate with no central authority or banks. Bitcoin’s recent rise and booming investor interest is forcing the regulatory and stock market authorities to formulate an official position on bitcoin and other virtual currencies, which are controversial not only because of their speculative nature, but are also seen as vehicles for illegal activities. / AFP PHOTO / Justin TALLIS

Bitcoin plunged as much as 15 percent to below $14,500 on profit-taking Friday, capping a roller-coaster week that saw the currency hit a series of record highs and underlining concerns about its volatility.


The virtual currency, which has no central bank backing and no legal exchange rate, briefly hit a new record of $17,000 before plunging to $14,480 in Asian afternoon trading, according to Bloomberg News.


Created in 2009 as a bit of encrypted software, the digital money been used to buy everything from beer to pizza, and is increasingly accepted by major companies such as booking website Expedia.


Analysts have put the surge down to growing acceptance among traditional investors and a decision by US regulators to allow Bitcoin futures to trade on major exchanges.


But some, including the US Federal Reserve, have warned against dabbling in Bitcoin as it could threaten financial stability, and fears of a bubble have increased as the price has soared.


Until now it has only been traded on specialist platforms, but will debut on Cboe Futures Exchange this weekend before hitting the major Chicago Mercantile Exchange (CME) on December 18.


However major derivatives brokerages have raised concerns with regulators that the decision to allow it into mainstream markets been taken too hastily and analysts are warning any hitch with its launch could spell trouble.


“If there are any kind of hiccups, we could easily see a scenario where it falls back by 50 percent,” Kay Van-Petersen, macro and crypto strategist with Saxo Bank in Singapore, told AFP.


Bitcoin transactions happen when heavily encrypted codes are passed across a computer network. It uses blockchain, which records transactions that are updated in real time on an online ledger and maintained by a network of computers.
at December 10, 2017