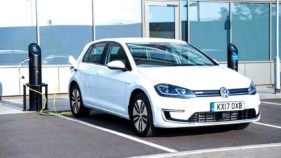 Technology is fast becoming a major influencer of the already thriving used-car market in Nigeria, hence disrupting the entire value chain of auto business in the country. Nigeria spends an estimated N1.2 trillion on importation of vehicles as recent statistics has shown.


PriceWaterhouseCooper (PwC), Nigeria’s professional service firm in a recent report release mentioned that more than 70 per cent of these imported vehicles are used ones, also known as Tokunbo. This trend has created a thriving used-car market, spurred more by Nigeria’s new automotive policy – a development that saw car import tariff hiked by 35 per cent.


Over the past five years, technology has proven handy in playing a vital role in the success of the used-car market. Specifically, technology has reared its head in creating online marketplaces, curating inventories of used-cars and connecting buyers with sellers.

“In today’s auto business, whether you are selling brand new cars or Tokunbo, you cannot succeed without technology. Technology for dealers has become a very vital tool, more important than even a Car dealer shop,” said Lukmon Oloidi, who is a used-car dealer in Lagos.


According to him, technology has made it easy for dealers to show their inventories to people outside the main cities of Lagos, Abuja, Port Harcourt, and Kaduna, and even to some cities in neighbouring countries.


“Technology has created a win-win situation for all parties and now both buyers and sellers can emerge satisfied winners. Thanks to technology, buyers can now access inventories from several competing online vehicle dealerships, compare prices and make smarter purchase decisions,” said Chinenye Ohala, a marketing executive with one of Nigeria’s top online vehicle dealers.


However, despite these successes, some challenges have persisted. While creating solutions to existing problems, it is not without its own inherent challenges, the major one being fraud which is a headache for most dealers today.


First, while the foreign used tokunbo cars have some form of structure around their distribution, the Nigerian-used tokunbo car market has remained highly fragmented. This has not only created greater problems for sellers but has also inspired nothing but mistrust in the mind of buyers.


“Also, the Nigerian-used car market thrives in so much opacity.


In most of the cases, there is no way of ascertaining the true condition of a car or how to make the right valuations,” noted a car dealer, who would rather stay anonymous. This remained the situation until another online vehicle marketplace with a unique model- Cars45 launched in Nigeria in 2015.


“Unlike other car markets that focus on used cars sales only, Cars45 focuses on buying locally used cars from their owners in a fast and transparent process that is unparalleled in the history of Tokunbo car business in Nigeria,” said Abiodun Onifade, who is Head of Marketing at Cars45.


Speaking at Disrupt Africa conference recently, the Managing Director of Cars45, Etop Ikpe, said: “We are easing the friction associated with selling used cars by focusing on three key areas. One of those areas is pricing. Ask any buyer or seller of Nigerian-used cars, and they will tell you that pricing is the thorniest issue in the process.”


According to him, the platform has been able to standardise the prices associated with used cars through a proprietary pricing algorithm.


There is also the challenge of transparency. Most buyers already believe every used car dealer in Nigeria has something to hide. Cars45 addresses this challenge through a reliable car inspection service that helps to put the minds of both buyer and seller at rest.


“We run online live auctions which gives customers 100 per cent visibility into the price offers they receive for any car we inspect at our inspection locations,” noted Ikpe.


More so, Cars45 addresses the need for speed. In a market where it would traditionally take up to a month or two to find a serious buyer for a used-car, one can now sell a car in less than an hour without running the risk of underselling.
at December 06, 2017