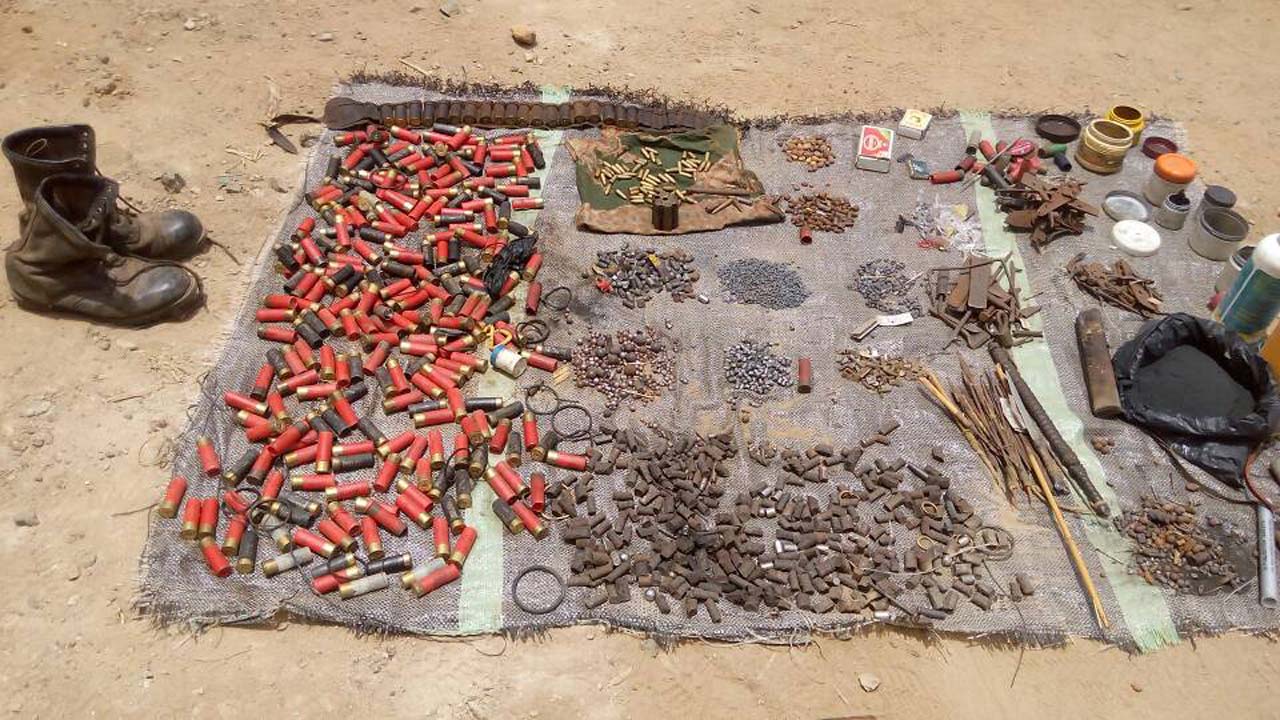 Troops in Southern Kaduna have recovered large cache of arms, three days after the army launched a special operation, `Harbin Kunama II,’ to flush out armed bandits from the area.


Brig.-Gen. Sani Usman, the Director of Army Public Relations, via a statement issued on Sunday, said the recovery was made on Saturday.


The special operation, Harbin Kunama – `Scorpion Sting,’ was launched in Kaura Local Government Area of the state on April 19.

According to Usman, the arms and ammunition were discovered when troops embarked on cordon and search of Gwaska, Dangoma, Angwan Far and Bakin Kogi general area of Southern Kaduna State.


Others were 260 cartridges, 14 rounds of 7.62mm ammunition, 63 rounds of 9mm ammunition, one locally made small machine gun magazine and a pair of worn out military boot.


Usman also said that some quantities of assorted improvised ammunition and pyrotechnics hidden in dug out pits were recovered.


“While efforts are ongoing to track down the owners of the arms and ammunition, it is imperative to state that the good people of the area have been very supportive and cooperating with the military which led to these unprecedented findings.


“Similarly, in Sector 1 of the operation which covers Kano State, troops in conjunction with other security agencies are carrying out operations in suspected armed bandits camps in Falgore forest,’’ he said.


The News Agency of Nigeria (NAN) reports that the special operation also covers some forests in Bauchi, Kano and Plateau states.


Meanwhile, troops have cleared four Improvised Explosive Devices (IEDs) buried at a crossing point on Banki Junction and Pulka road, about six kilometres to Firgi in Borno by suspected terrorists.


The army spokesman, Brig.-Gen. Sani Usman, explained that the convoy of Maj.-Gen Idris Alkali, the Army Chief of Administration and GOC, 7 Division, Brig.-Gen. Victor Ezugwu encountered and cleared the devices.


They were in the area on a visit to troops.


“The Explosive Ordnance Device (EOD) team, however, was able to quickly detect the deadly IEDs and safely extracted and detonated them,’’ Usman said.