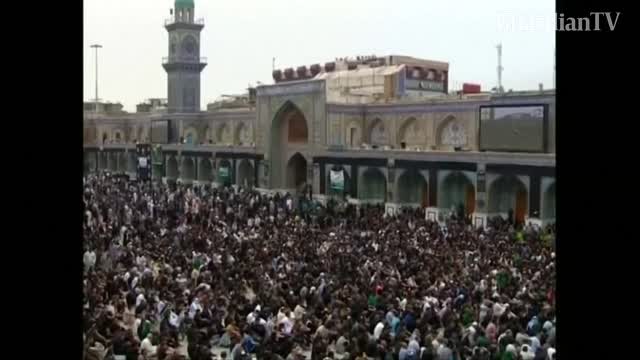 Hundreds of thousands of Shiite faithful thronged the mausoleum of Imam Kadhim in Baghdad Sunday for the climax of a week-long pilgrimage that saw millions converge on the Iraqi capital.


Beating their heads and chests, crowds of pilgrims lurched and swerved to try to touch a mock coffin being carried to the shrine in the northern neighbourhood of Kadhimiyah.


"This visit means a lot to us, it is about showing respect for the suffering of the imam and the injustice he faced and about reaffirming our dedication to him," said Ahmad Jamal, a 28-year-old civil servant in the crowd of pilgrims.

Kadhim, the seventh of 12 revered imams in Shiite Islam, died in 799 AD. The commemoration has in recent years turned into a huge event that brings the Iraqi capital to a standstill for days.


The organisers estimated that around 10 million people came to Kadhimiyah for the commemoration in recent years, which is still less than the 17 million faithful said to have visited the southern shrine city of Karbala for the Arbaeen pilgrimage last year.


Shiite religious events and sites are considered prime potential targets for suicide attacks by the Islamic State group and huge security deployments were visible across Baghdad.


Many of the main thoroughfares have been blocked to traffic for days to minimise the risk of car bombs and allow the pilgrims to reach the shrine. Some of them walk several days, mostly from southern Iraq.