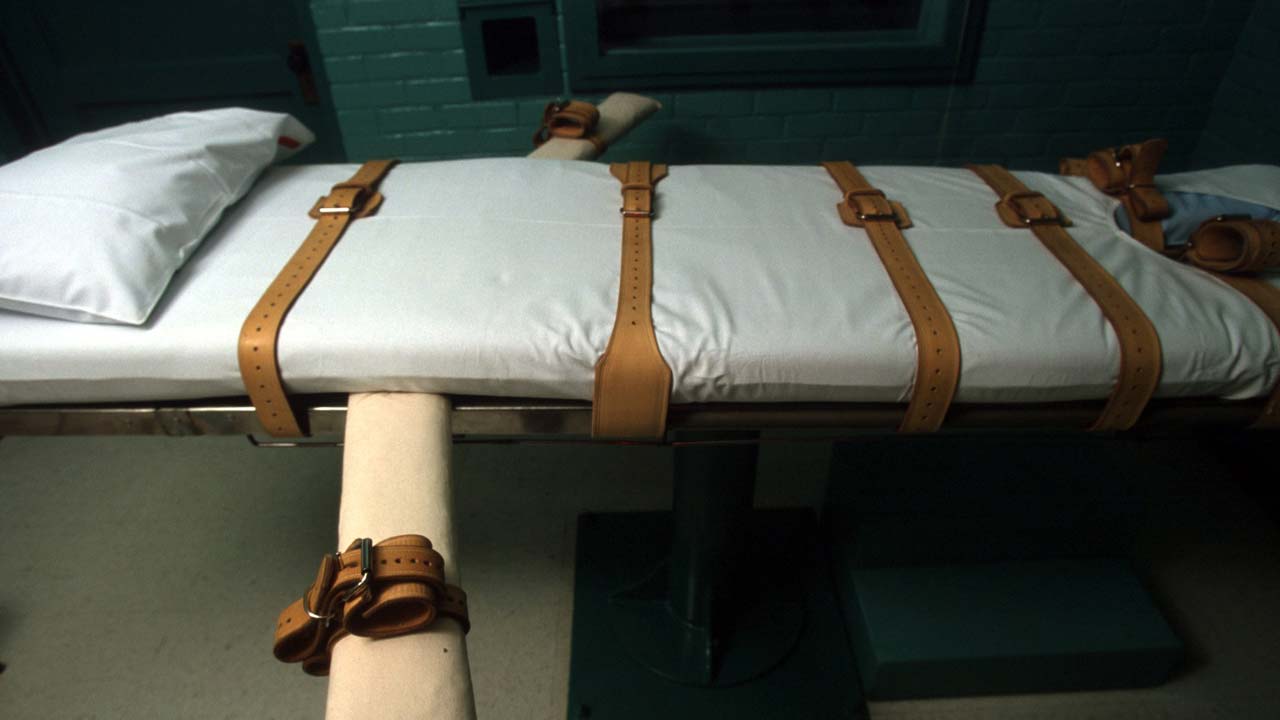 The southern US state of Arkansas, rushing to execute several inmates before a lethal drug expires at the end of the month, has carried out the first of two executions scheduled for Monday, the attorney general said.


Jack Jones was executed after the US Supreme Court rejected an 11th-hour request from his attorneys asking the justices to reconsider a procedural issue from his trial.


Arkansas had planned to put eight convicted murderers to death in 11 days — a record, had it been carried out — but four have won reprieves.

Marcel Williams was scheduled to die later Monday night. If the execution goes ahead, it would be the first double execution in the United States since 2000.


Arkansas Governor Asa Hutchinson has said the accelerated execution timetable is necessary as the state’s stock of a sedative used in lethal injections will expire at the end of the month.


“Mary was performing her job as a bookkeeper in Bald Knob on June 6, 1995, when she was strangled to death with a coffeepot cord while her 11-year-old daughter Lacey clung to life a few feet away after being choked and beaten,” Rutledge said.


“The Phillips family has waited far too long to see justice carried out, and I pray they find peace tonight.”


Jones was calm as he made a rambling final statement while strapped to the gurney, saying he tried to become a better person and apologizing to Phillips’ daughter Lacey, the paper said, citing media witnesses in the death chamber.


Last Thursday, Ledell Lee was put to death in the state’s first execution in more than a decade.


Many of the legal clashes over Arkansas’s plan focus on use of the drug midazolam, a sedative meant to render a condemned person unconscious before other drugs induce death.


And McKesson Medical-Surgical, a distributor for pharmaceutical giant Pfizer, had asked courts to ban the use of a paralytic it sells, vecuronium bromide, in the chemical cocktail used to kill prisoners.