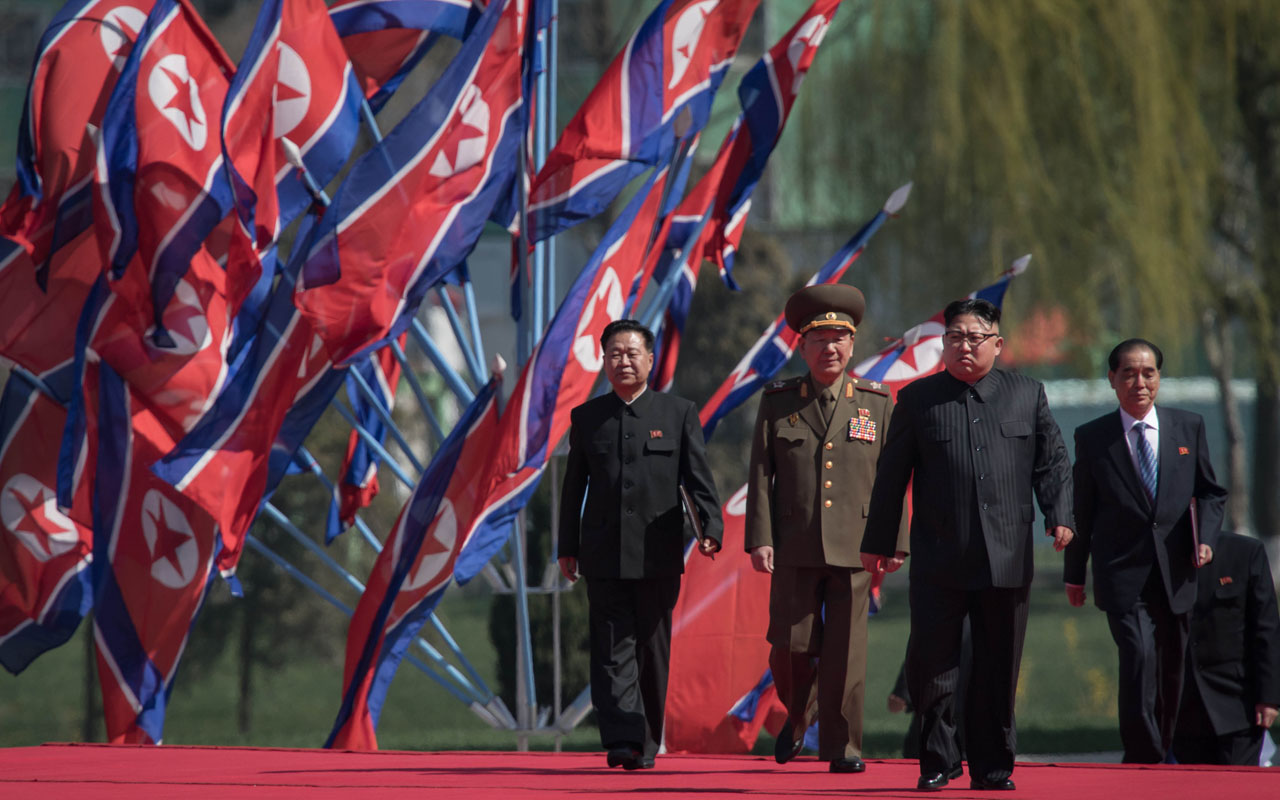 With thousands of adoring North Koreans looking on — along with invited international media — Kim Jong-Un opened a prestige housing project as he seeks to burnish his nation’s image even as concerns over its nuclear capabilities soar. / AFP PHOTO / ED JONES

Australia and New Zealand stiffened their rhetoric against North Korea Sunday after the isolated state threatened Canberra with a nuclear strike, urging it to think twice before “blindly and zealously toeing the US line”.


The move comes as US Vice President Mike Pence wraps up an Asia tour, which has included visits to South Korea, Japan and Australia partly to reassure allies amid fears that Pyongyang may be readying for a sixth nuclear test.


“If Australia persists in following the US’ moves to isolate and stifle North Korea… this will be a suicidal act,” a North Korean foreign ministry spokesman said after Australian Foreign Minister Julie Bishop called the hermit state a “serious threat”.

The spokesman, speaking to the North’s official KCNA news agency, warned Bishop to “think twice about the consequences”.


Defence Minister Gerry Brownlee told Television New Zealand Sunday people knew little about Kim Jong-Un’s regime but “you would assume that underneath him there is a very big machinery of people who have equally evil intent”.


“It’s North Korea that is sending the missiles into the Sea of Japan and making the various outrageous threats including the threats overnight to Australia,” he added.


Australia’s Bishop added Sunday that the North Korean government “should invest in the welfare of its long-suffering citizens, rather than weapons of mass destruction”.


The reclusive state has long been seeking to develop a long-range missile capable of hitting the US mainland with a nuclear warhead, and has so far staged five atomic tests, two of them last year.


Pence vowed Wednesday that the US would counter any attack with an “overwhelming and effective” response after a senior North Korean official pledged weekly missile tests and “all-out war” if the US took any action against it.


In Sydney, Pence maintained calls for Pyongyang’s sole ally China to do more to rein in its neighbour.


Australia’s Prime Minister Malcolm Turnbull also urged China to use its leverage over the hermit state, describing the North Korean regime as “reckless and dangerous”.


He added that Australia and the US were “absolutely united” in their determination to achieve a nuclear-free Korean peninsula.


Supercarrier Carl Vinson is due to start joint exercises with Japan’s navy on Sunday, Tokyo’s defence ministry said, with the drills expected to last several days and involve two Japanese warships.
at April 23, 2017