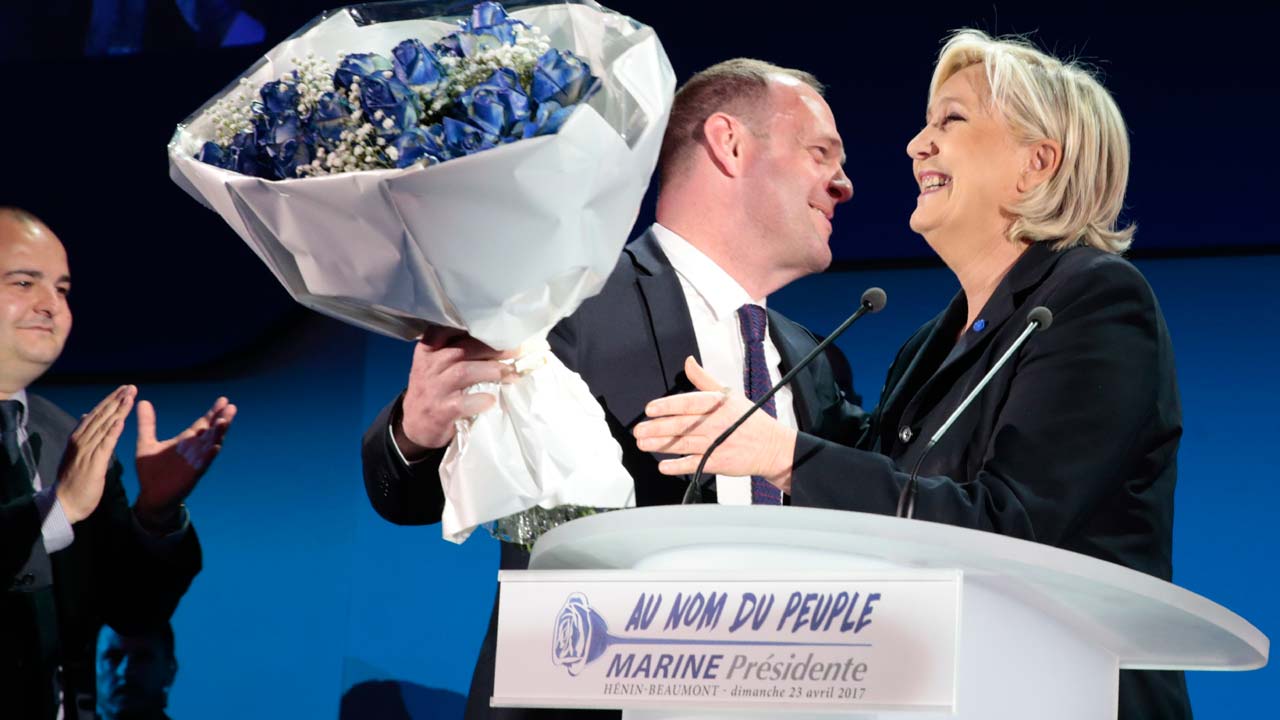 French presidential election candidate for the far-right Front National (FN) party Marine Le Pen (R) receives flowers after delivering a speech in Henin-Beaumont, on April 23, 2017, after the first round of the Presidential election.<br />joel SAGET / AFP


“The first step… has been taken. This result is historic,” Le Pen, 48, told supporters in her northern stronghold of Henin-Beaumont, declaring it “time to liberate the French people”.


“The major issue of this election is runaway globalisation, which is putting our civilisation in danger,” she said.


“The French have a very simple choice.


“Either we continue on the path of… offshoring jobs, unfair foreign competition, mass immigration and free movement of terrorists… or you chose France and borders that protect,” she added.


Le Pen has followed in the footsteps of her father Jean-Marie, who beat the Socialist candidate for a spot in the second round of the 2002 presidential election.


The elder Le Pen suffered a stinging defeat in the runoff, with the mainstream parties all closing ranks around the conservative, and ultimately victorious, Jacques Chirac.