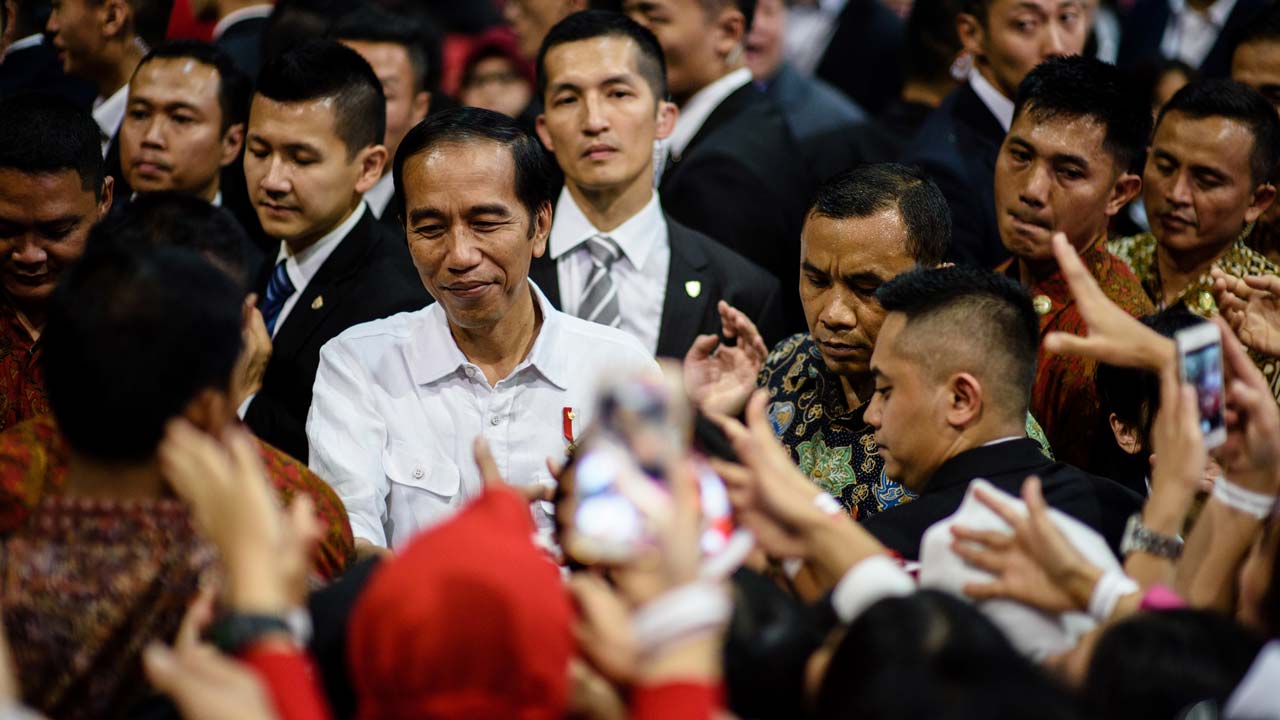 Indonesia’s President Joko Widodo was greeted by a mixture of celebration and protest in Hong Kong Sunday with calls to improve working conditions for the city’s army of foreign maids.


There are around 170,000 Indonesians living in Hong Kong, many of them employed as domestic helpers, and concern over exploitation is growing after a string of abuse cases.


In a rock concert atmosphere Widodo was greeted by exuberant music and dance shows, including some performances by helpers themselves, at the city’s Asia World Expo Sunday.

The more than 5,000-strong crowd were mainly women working as maids who said they were excited to see the leader — but also called on him to help them.


“I hope the president can make our workplace safe,” one domestic helper named Miasih told AFP, saying her employer breaches her contract by making her work in two apartments.


“It’s the attitude — she doesn’t have a lot of respect for me,” she added.


Some protesters gathered outside and others marched to the Indonesian consulate, calling for better migrant rights.


Widodo, who is on a two-day visit that will include meeting the city’s business leaders, did not address the issue in his speech to the helpers, which instead praised Indonesia’s economy, infrastructure and diversity.


Demonstrators criticised him for failing to address working conditions.


“We are already isolated because of the way we work and where we are, but the government, even when they’re in front of us, does not think our voices are important,” said former domestic worker Eni Lestari, now chairwoman of the International Migrants Alliance.


She said activists had been unable to submit petitions or meet with Widodo.


There are more than 300,000 domestic helpers in Hong Kong, mostly from the Philippines and Indonesia.


Their plight made world headlines in 2014 with the case of Indonesian helper Erwiana Sulistyaningsih, who was beaten and starved by her employer Law Wan-tung.


Law was jailed in February 2015 for six years.


However, activists say even that case has not led to concrete long-term changes.


A report last year by the Justice Centre found that one in six foreign maids in Hong Kong fell into the “forced labour” category.


It defined forced labour as employment for which the worker had not been recruited freely, was not doing the job freely, or could not walk away from work.


Rights groups say unscrupulous employment agencies put helpers into debt and withhold their passports, and local restrictions such as requiring them to live with their employers make it difficult to control hours or escape abuse.


Last September hundreds of maids marched through Hong Kong after several helpers fell to their deaths as they tried to clean tower block windows.
at April 30, 2017