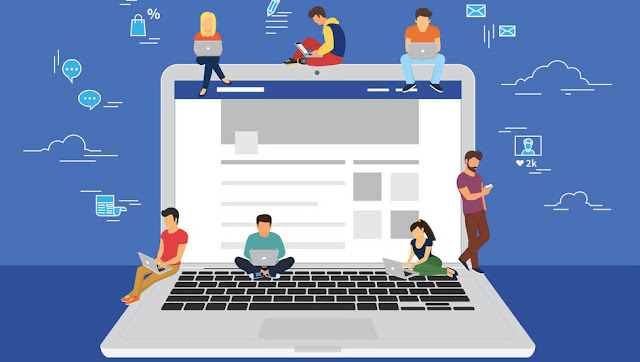 Made up of everyone from micro influencers who have some followers and also enhanced engagement rates to today’s top celebrities with many loyal fans, the Social Influence Industry is full of freedom so that they are able to connect with influential users to form mutually and long-lasting beneficial relationships.

The advantages of bringing in a Social Media Influencer can only be fulfilled if the influencer’s audience and content are able to meet your brand promise and marketing goals.

Who is a social media influencer?

A survey conducted amongst U.S. teens for Variety last year discovered that the creators of YouTube took eight of the top 10 spots in a survey of influencers, beating the traditional celebrities like movie stars and musicians. These days the social media stars are considered as better influencers as they create more impact on the youth than any other source.


Here’s how it works:

• You identify important people in your industry.

• You create a short list of the influencers who are most relevant to your business in terms of audience, reach, and tone.

• You develop a connection with them.

• In order to promote your content, or to endorse your product or services, you partner with them.

Issues and Problems with Influencer Marketing

Identifying influencers: It is a very e most difficult aspect of playing the influencer marketing game. What are therefore the ways with which you can locate the proper people to suit your product or service? This can be easily done by searching social networks with keywords and hashtags, then creating a short list of those specialising in certain subjects that have a particularly high number of followers, fans or reach. Another better way would be to pay for accessing a media database that already does this, or employ an agency that specialises in this type of research.

Cost effective: This factor may not last long since influencer marketing is still in relative infancy. Right now there is a degree of cost effectiveness offered. When you go about in inking that deal, it might cost you some cash, or benefits, it’s less expensive and a less time-consuming than many other traditional marketing types.


It can improve SEO: It has been claimed by the social media revolution that user generated social posts accounted for 25 percent of the entire search results for the world’s most popular brands. In short, the more mentions you get on the social media, the more popular Google sees the company to be, which in turn improves search visibility.


It’s only getting bigger: The ‘influencer marketing’ made it onto Google’s ‘breakout’ list of keywords in 2015 meaning it was experiencing growth in excess of 5000%.


People consider it as relevant: The arduous volume of adverts people are exposed to means that they are becoming more and more resistant to clear-cut efforts to make them buy something. If that effort comes through a third party they look for trustworthy and informed people, the impact of which is the same as that of editorial- despite obvious brand links, the public are more inclined to take the message on board.


In What Ways Are We Able To Locate The Social Media Influencers Within The Social Network?

Facebook Groups: If you are marketing gardening supplies, it will become necessary for you to locate networks of gardening lover’s s, and then identify those influencers who are within those networks. You may also want to locate Facebook Groups for gardening clubs in your area. If for example, you stay in Las Vegas, the gardening club of Las Vegas is a Facebook group of as many as one thousand members, seems like an appropriate group to join.


Twitter an Instagram Hashtags: On Twitter and Instagram groups exist. One of the ways way with the help of which people form tribes on Twitter and Instagram is via the use of hashtags. Simply take a look at the #lularoe hashtag on Instagram where you can get to see the entire people who sell/buy and love talking about it on the platform. One of the most popular hashtags is #igersjp; Instagrammers who are from Japan, are visiting Japan, or they simply love Japan have found each other as it will be in this way that they can share posts about Japan, and in Japanese.


This post is submitted by Kein Miller. She an SEO expert and a passionate blogger at Stellen Infotech which has been delivering affordable SEO services across the globe. Kerin has 5 years of experience in the industry and she loves sharing insightful posts covering SEO, SMM, and SMM industry