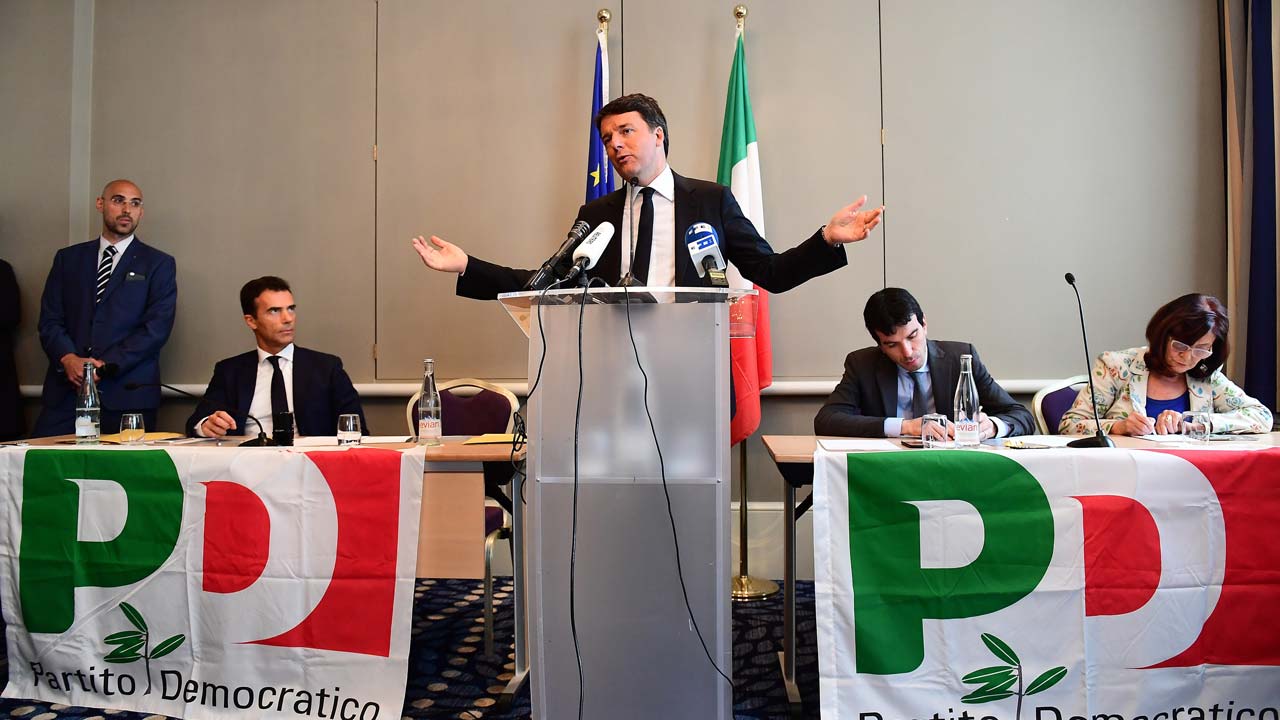 Former Italian prime minister Matteo Renzi was Sunday poised to win the leadership of Italy’s ruling Democratic Party (PD) in a primary election, propelling him back to the forefront of the national political scene.


A centrepiece of his political platform, the reform had aimed to streamline Italy’s parliamentary system.

In the aftermath of the December vote defeat and facing a rebellion from the left wing of his centre-left party, Renzi in February stepped down as party leader with the aim of regaining legitimacy in a future vote.


On Sunday he was up against two candidates considered further to the left: Justice Minister Andrea Orlando and Michele Emiliano, who heads the southern Puglia region.


An internal vote conducted by the party earlier this month suggested a clear Renzi victory after he scored 66.7 percent, with 25.3 percent for Orlando and eight percent for Emiliano.


When he first took over the leadership in December 2013, Renzi won the backing of close on 68 percent of 2.8 million voters.


Similar figures would underpin the winner’s legitimacy –but Emiliano warned the election will be a flop if less people vote this time, while Orlando said that less than two million cast ballots would signal a failure.


Renzi set the bar much lower — at one million.


The vote was open to all Italians over 16 years old, EU citizens residing in Italy and non-EU foreigners with valid residency permits — on condition of paying a donation of at least two euros.


– Crowning of Renzi –
Lorenzo De Sio, a professor of political sociology at the Luiss University in Rome said the turnout would be crucial in determining Renzi’s legitimacy.


“Rather than a competition, we’re looking at a process of legitimisation, a sort of crowning of Renzi as leader of the PD. We can expect a huge Renzi victory but with weak voter turnout. People on the left do not seem to be mobilised,” he says.


“If participation rates are around a million people or less, Renzi’s legitimisation won’t be strong, if it is between 1.5 and two million, he will wind up in a stronger position,” he adds.


The winner of the vote will lead the party during legislative elections slated for spring 2018 unless parliamentarians come to an agreement on electoral reform before then and call for early elections.


During the only televised debate between Renzi and his two competitors, the former prime minister said he would do “everything to bring back energy, momentum and vigour to the country”, and railed against “stagnation that seems to be blocking political and institutional life” since the referendum.


In addition to the contrasting styles, with Orlando and Emiliano generally more reserved than the exuberant Renzi, the debate laid bare key differences over national politics.


Renzi disagrees with his two challengers on a wealth tax, which he opposes.


If the spring election outcome requires the formation of a coalition following the legislative elections, Orlando and Emiliano have said they would seek to govern with left wing defectors or other parties on the left.


Renzi, meanwhile, has not ruled out forming an alliance with centre-right leader and former premier Silvio Berlusconi.