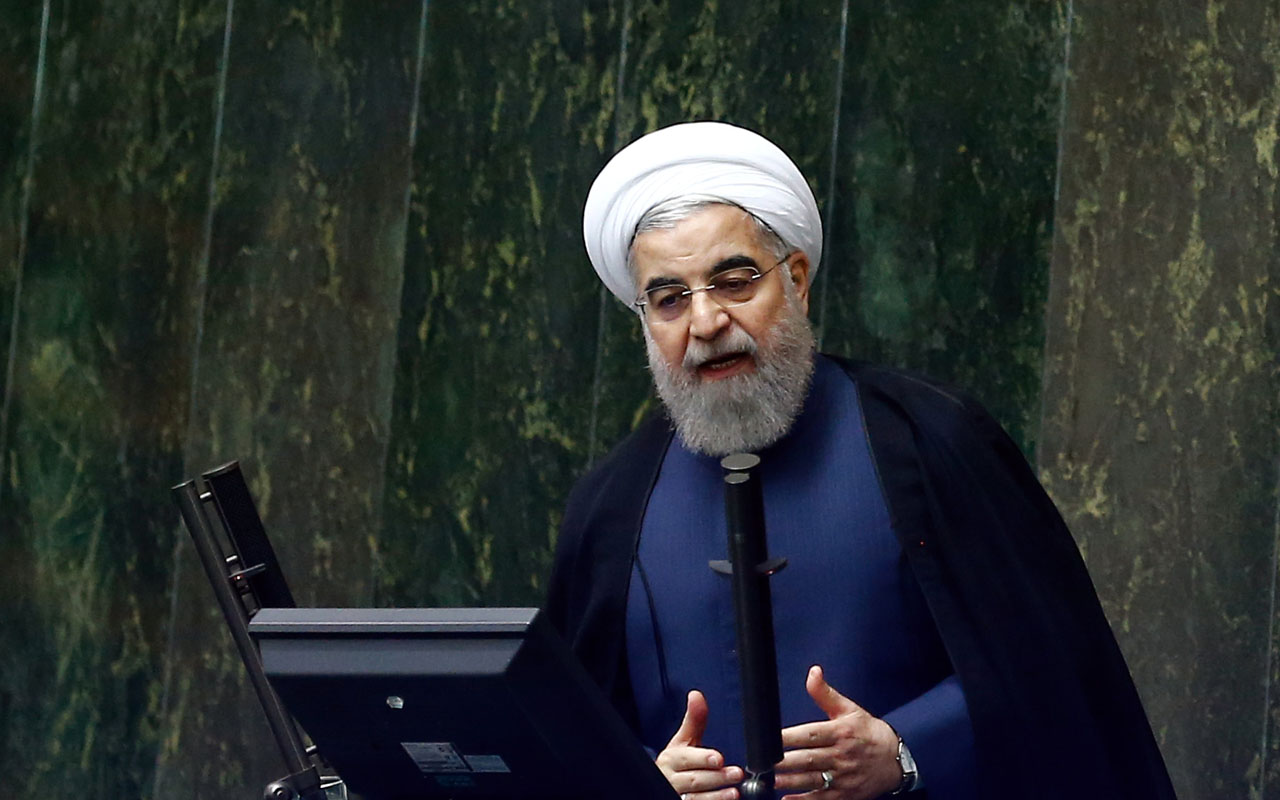 Election season is under way in Iran and the rumour mill is in overdrive as the public tries to divine the backroom machinations that have thrown up major surprises in the past.


“I looked back at the cables our embassy was sending out just a few weeks before the last election,” said a Western diplomat in Tehran.


“None of them were predicting (Hassan) Rouhani would win,” she laughed, referring to the current president.


Rouhani, a moderate cleric with a long history in Iran’s security apparatus, won the 2013 after the only other pro-reform candidate dropped out to boost his chances.


Having overseen a slight easing in social restrictions and rebuilt relations with the West through the 2015 nuclear deal, Rouhani seemed like a shoo-in to win a second term at next month’s election.


But he faces a tougher-than-expected fight as the conservative opposition rallies around two hardliners — cleric and judge Ebrahim Raisi and Tehran mayor Mohammad Bagher Ghalibaf — leaving Iranians wondering whether another shock is on the cards.


– Many surprises –
Iran’s past elections have rarely been predictable.


The establishment was rocked by the landslide win of relative reformist Mohammad Khatami in 1997 that led to a flowering of civil society, at least for a while.


In 2005, it was the turn of middle-class urbanites to be shocked: few predicted the success of rabble-rousing populist Mahmoud Ahmadinejad, who now seems like an Iranian forerunner to Donald Trump.


They were even more shocked by his re-election in 2009 when all the momentum seemed to be with the reformists — a result that triggered claims of vote-rigging and months of protest.


“Not much is really written about Iran — we talk about the Revolutionary Guards and relations with the US — but we know little about what’s happening in small towns. We don’t fully understand the appeal of someone like Ahmadinejad to ordinary people,” said Djavad Salehi-Isfahani, a professor at Virginia Tech in the US, who blogs about Iran.


Although many Iranians are cynical about politics — seeing it as stitched up behind the scenes — these surprises have shifted Iran’s trajectory.


Rouhani won by a wafer-thin margin — 51 percent — and without him Iran may never have concluded its nuclear deal.


“The rest of the system trundles along in a fairly predictable and controlled way most of the time, and then you have this outburst of near-democracy that has the potential to overturn the apple cart once every four years,” said Axworthy.


A lack of polling makes it hard to follow public opinion.


“Outside observers go with what they hear from north Tehran, and can’t always gauge what’s going on in the rest of the country,” said Axworthy, referring to the wealthy, cosmopolitan part of the capital.


– ‘God’s hand’ –
So is an upset possible this time? There is plenty of speculation in the media.


Some say Raisi is being lined up as the next supreme leader, so everything will be done to ensure he is not embarrassed in the election.


Or maybe he will drop out at the last minute to spare his blushes, giving a decisive boost to the other hardliner Ghalibaf.

Another theory claims the establishment wants Rouhani to continue and is only putting forward hardliners to scare reformists into voting because they worry a low turnout would look bad for the Islamic regime.


For now, it is all speculation, although the smart money is still on Rouhani, not least because every president since the early 1980s has been given a second term.


“The system sees elections as an endorsement of the Islamic republic and its stability,” said Axworthy.


“They need to show it delivered the right candidate last time, because the system is supposed to have God’s hand on its shoulder.”
at April 23, 2017