US Secret Service detains man with package outside White House 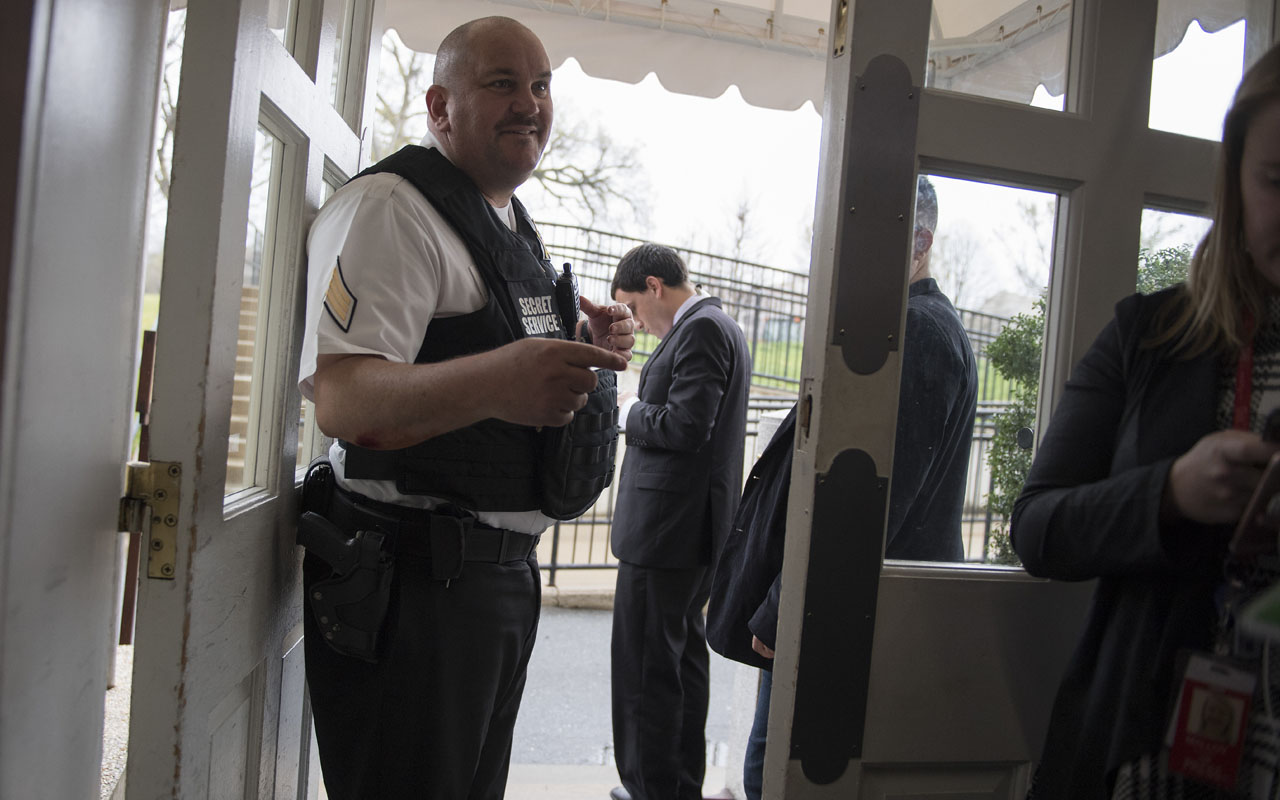 A Secret Service officer asks members of the media to stay inside the press briefing room at the White House in Washington, DC, March 28, 2017, during a lockdown for a suspicious package near the White House grounds. / AFP PHOTO / JIM WATSON

The US Secret Service detained a male suspect carrying a package and making “suspicious comments” near the White House Tuesday, according to an official who said he was taken into custody and explosives experts were deployed.


A Secret Service official said the man had approached uniformed officers near 15th and Pennsylvania at around 10:15 am, a block from the White House.


The man was separated from the package and detained in a police vehicle, a security perimeter was established and “the package is now in Secret Service custody,” the official said, asking not to be named.