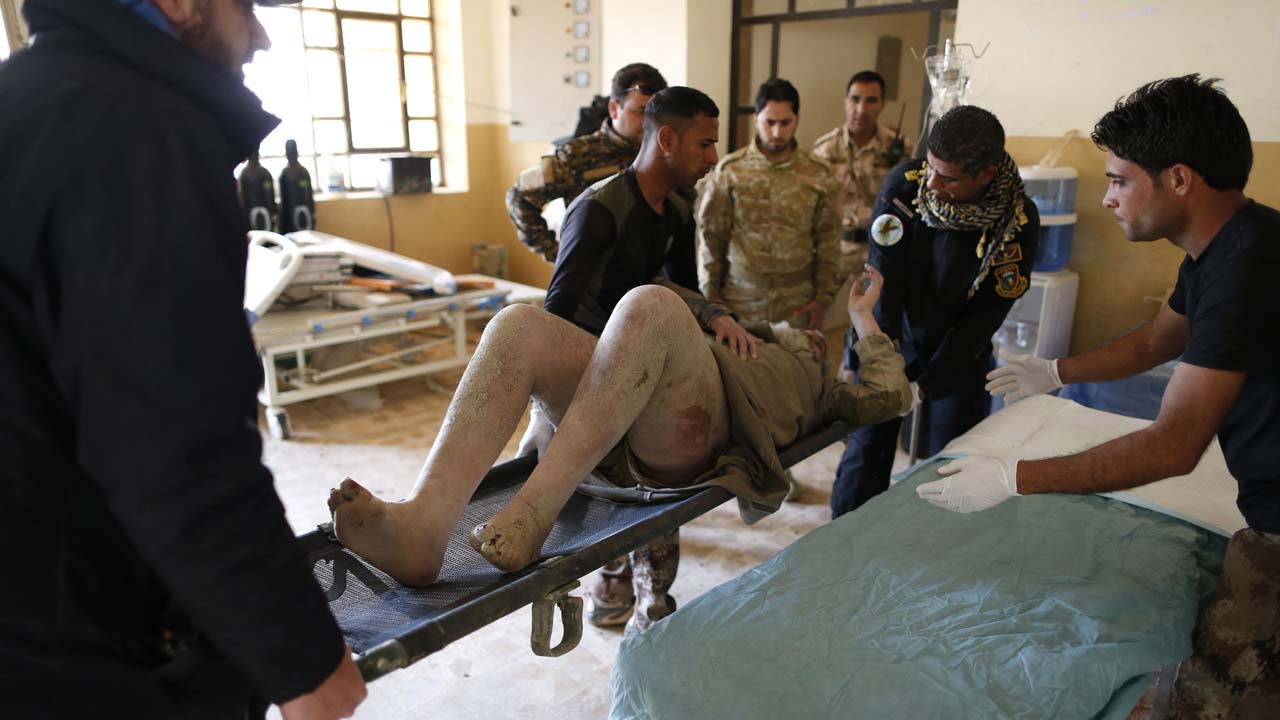 Members of the Iraqi forces tend to a civilian who was injured by Islamic State (IS) group jihadists at a school turned hospital in western Mosul on March 24, 2017.

A school turned hospital is now being used to treat people wounded the in the ongoing battle for the western side of Mosul. The Islamic State group used the school as part of its programme of indoctrination until it lost control of the area during a major Iraqi offensive launched last month.


Iraqi officials and witnesses said that air strikes killed civilians in the Mosul al-Jadida area in recent days, but the number of victims — said to range from dozens to hundreds — could not be independently confirmed.


“The defence ministry opened an investigation into this issue,” Brigadier General Yahya Rasool, the spokesman for the Joint Operations Command, told AFP.


Rasool accused IS of gathering civilians together and then blowing up explosives-rigged vehicles nearby to make it look like “Iraqi forces… are targeting innocent civilians.”


The US-led coalition against IS said Saturday that it had carried out a strike on a location in west Mosul on March 17 at which civilians were reportedly killed.


But some Iraqi officials referred to more than one day of strikes.


IS overran large areas north and west of Baghdad in 2014, but Iraqi forces have since regained much of the territory they lost.


They launched the operation to recapture Mosul in October, retaking the city’s east before setting their sights on the smaller but more densely populated west.
at March 26, 2017