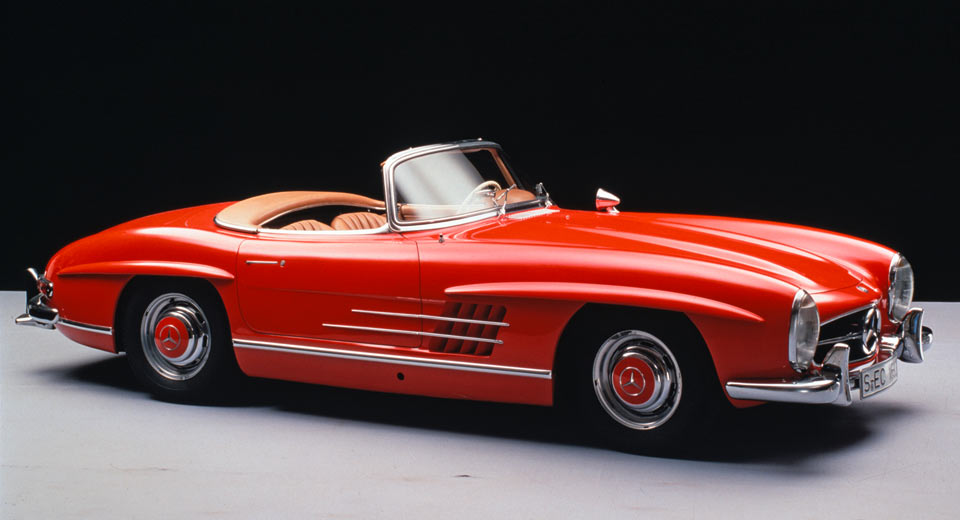 Mercedes-Benz has made some memorable cars over the scope of its long history, but few have emerged as classics quite like the 300 SL Roadster. And that timeless drop-top is now celebrating its 60th birthday.

The convertible version of the iconic Gullwing (launched in '54), the 300 SL Roadster debuted at the 1957 Geneva Motor Show – six decades before the new Mercedes-AMG GT Roadster that carries its spirit today.


The impetus for lobbing the top off the 300 SL, according to the manufacturer, came largely at the behest of the North American market. 800 of the 1,400 Gullwings made to that point had already been sent to the United States, where customers were hungry for a convertible version as well. Little wonder that Daimler gave the scoop to an influential American publication – Collier's magazine – in October 1956, before anyone else got to see the roadster.


The transformation from coupe to convertible necessitated a good deal of extra bracing, especially as the existing coupe featured high door sills to keep it stiff – hence the upwards swinging doors. By the end of the conversion process, the roadster weighed an extra 265 pounds over the fixed-roof version, but that didn't seem to diminish its sporting capabilities too much.


“Where the engine and driving characteristics are concerned the 300 SL Roadster is a masterstroke," reported Germany's own Motor Revue, lauding its “superior performance and roadholding.”


Some of that weight was offset in 1962 when Mercedes replaced the original cast-iron engine block with an aluminum version, saving nearly 10 pounds. The 3.0-liter inline-six produced 215 horsepower.


That wasn't the only upgrade that came along the way. A removable hardtop was offered in 1958, a year and a half after its launch. And disc brakes arrived in 1961. By the end of its production in 1963, Mercedes had made 1,858 of them, and each surviving example remains highly coveted among collectors. These days, finer specimens are selling at auction for upwards of $1 million a piece.
at March 27, 2017