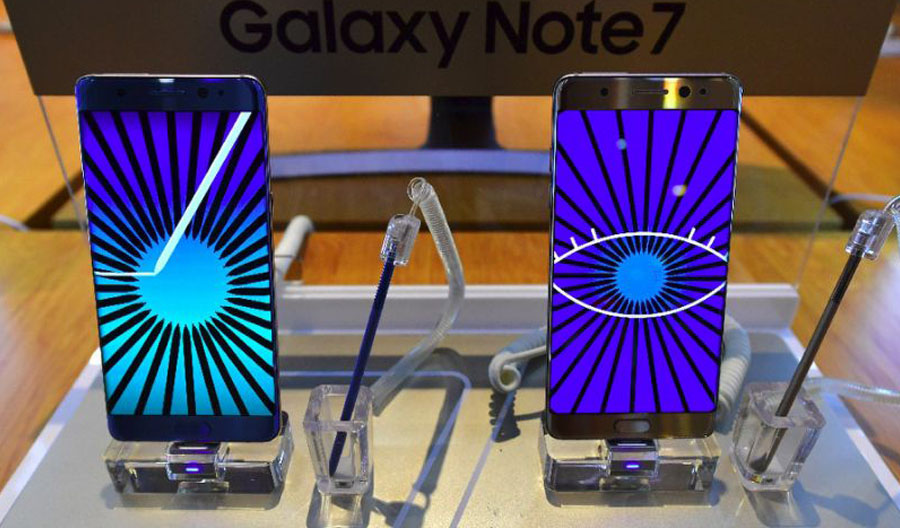 The world’s biggest smartphone maker Samsung will unveil its latest flagship model, the Galaxy S8, on Wednesday in New York as it seeks to move on from last year’s humiliating burning handset recall.


The debacle cost the South Korean company billions of dollars in lost profit and hammered its global reputation and credibility, during a torrid period when it has also been embroiled in a corruption scandal.

Its vice-chairman Lee Jae-Yong, heir to the parent Samsung group, has since been arrested and indicted for bribery, along with four other senior executives, in connection with a graft scandal that saw ex-president Park Geun-Hye impeached.


The company apologised to consumers for causing concern and was forced to postpone the S8 launch.


In total 3.1 million smartphones were recalled as authorities in the US and elsewhere banned them from use on planes and even from being placed in checked luggage.


The company later embarked on a campaign to restore its battered reputation, issuing repeated apologies and putting full-page advertisements in US newspapers, admitting it “fell short” on its promises.


Samsung says it has also come up with elaborate step-by-step safety verification procedures for future products to prevent similar disasters.


The Verge, a US-based online news network specialising in technology, described the new device as Samsung’s “biggest test ever”.


“It now needs to reassert its reliability while also rebooting its technological advantage,” it said.


– ‘New era’ –
On its website, Samsung says the latest addition to the Galaxy lineup represents “the start of a new era”, but has offered little information about its new hardware features.


Some leaked images of the new phone suggest the Galaxy S8 will sport a larger curved display than its predecessor the S7, at 5.8 inches, while maintaining a similar body size.


The home button on the front of the phone appears to have been replaced by a fingerprint scanner on the rear, while pundits speculate it will have an iris scanner, most likely used for unlocking the handset and authorising payments.


The news website TechCrunch also reported that leaks suggest the new device will likely keep its headphone jack — setting it in opposition to rival Apple, which embraced wireless headsets with their iPhone 7 and 7 Plus phones released last year.


Samsung announced last week that its new voice-powered digital assistant Bixby will debut with the phone, which will have a set of pre-installed applications that will work with the interface.


Bixby will differ from digital aides already on the market in ways that include controlling nearly all tasks in applications instead of limited sets, and being flexible when it comes to understanding what users are saying, according to Samsung.


The South Korean electronics giant late last year bought Viv, an artificial intelligence startup with co-founders who were part of the team that built virtual assistant Siri, which Apple bought some seven years ago.


While Samsung has yet to confirm a release date and pricing, the Galaxy S8 is expected to be available in late April with a price range of around $900 to $1,000.