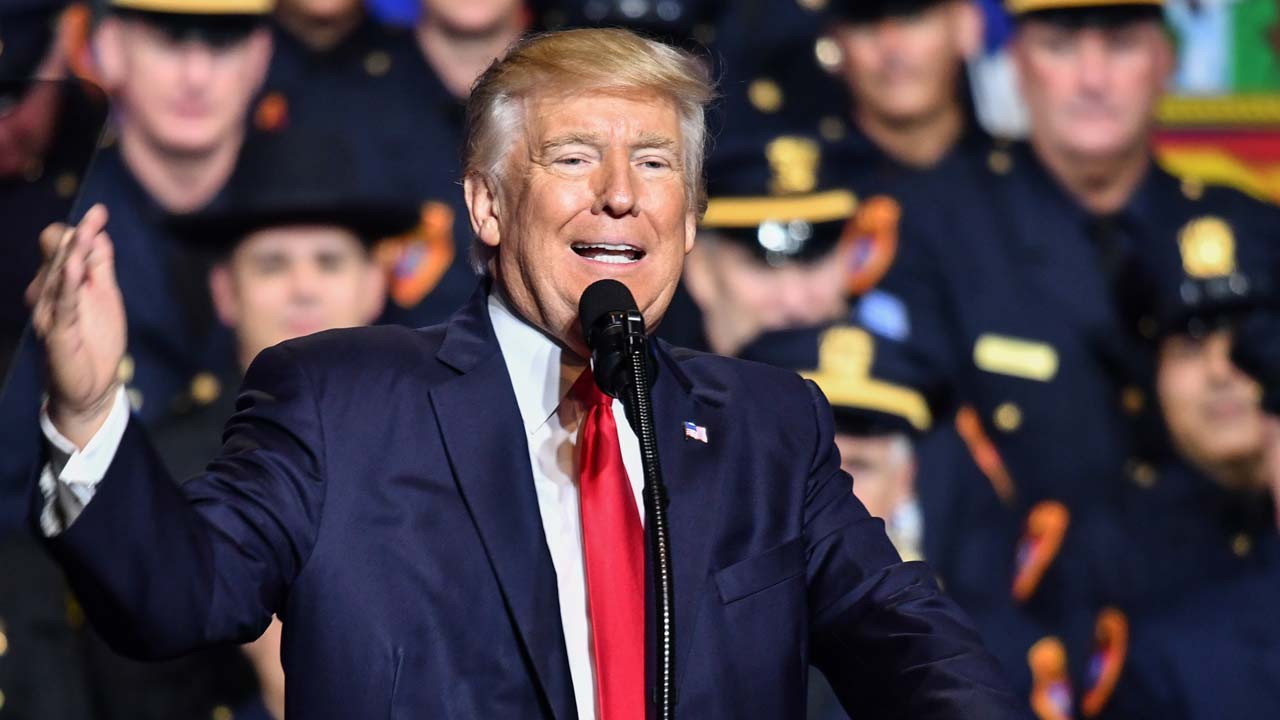 US President Donald Trump warned Saturday that he would not allow China to “do nothing” on North Korea after the hermit state launched an intercontinental ballistic missile it boasted could reach the United States.


North Korean leader Kim Jong-Un boasted of his country’s ability to strike any target in the US after the ICBM test that weapons experts said could even bring New York into range — in a major challenge to Trump.


Under Kim’s leadership, North Korea has accelerated its drive towards a credible nuclear strike capability, in defiance of international condemnation and multiple sets of UN sanctions.


In his critique of Beijing, which came in two tweets, Trump linked trade strains with the Asian giant — marked by a trade deficit of $309 billion last year — to policy on North Korea, after South Korea indicated it was speeding the deployment of a US missile defence system that has infuriated China.


“I am very disappointed in China. Our foolish past leaders have allowed them to make hundreds of billions of dollars a year in trade, yet they do NOTHING for us with North Korea, just talk,” Trump wrote. “We will no longer allow this to continue. China could easily solve this problem!”


Trump, who is at loggerheads with Beijing over how to handle Kim’s regime, has repeatedly urged China to rein in its recalcitrant neighbour, but Beijing insists dialogue is the only practical way forward.


The tweet storm coincided with a bilateral mission led by US strategic bombers on Saturday that flew over the Korean Peninsula in a pointed show of force in response to the latest ICBM tests.


US B-1B bombers along with fighter jets from the South Korean and Japanese air forces participated in the 10-hour bilateral mission, practising intercept and formation drills.


“North Korea remains the most urgent threat to regional stability,” said General Terrence O’Shaughnessy, Pacific Air Forces commander, in a statement. “If called upon, we are ready to respond with rapid, lethal, and overwhelming force at a time and place of our choosing.”


US ‘within striking range’
Kim said the test “is meant to send a grave warning to the US” and demonstrated the North’s ability to launch “at any place and time,” the official Korean Central News Agency (KCNA) said.


The “leader said proudly the test also confirmed all the US mainland is within our striking range,” it said.


Trump denounced the launch as “reckless and dangerous” and rejected Pyongyang’s claims that such tests helped ensure its security. He vowed to take “all necessary steps to ensure the security of the American homeland and protect our allies in the region.”


Weapons experts said the altitude and flight time of Friday’s missile suggested it was significantly more powerful than the earlier July 4 test, with a theoretical range of around 6,200 miles (10,000 kilometres) meaning it might be able to reach east coast US cities like New York, depending on the payload size.


International response
Japanese Foreign Minister Fumio Kishida said he held telephone talks with US Secretary of State Rex Tillerson and agreed on the need to put “the heaviest possible pressure” on North Korea.


“We confirmed that we will closely cooperate in adopting a fresh UNSC (UN Security Council) resolution, including severe measures, and working on China and Russia,” Kishida told reporters.


In a standard response to the test, Beijing urged restraint by all sides, after the US and South Korea conducted a live-fire exercise using surface-to-surface missiles.


The heads of the US and South Korean militaries also discussed “military response options” after North Korea’s launch, the Pentagon said.


China, Pyongyang’s main economic and diplomatic ally, opposes any military intervention and calls for a resolution through dialogue.


The US military will also roll out “strategic assets” to the South following the North’s missile test late Friday, according to South Korean defence minister Song Young-Moo.


Song declined to specify the nature of the mobilization, but the phrase usually refers to high-profile weapons systems, such as stealth bombers and aircraft carriers.


China has long argued the deployment will destabilize the region.


The North’s KCNA news agency ran a statement warning of a “miserable fate” for the South’s government if it persists with the scheme, in a typically bellicose piece railing against THAAD.


Rising alarm
The North’s previous July 4 test triggered a global alarm, with experts saying the missile had a theoretical range to reach Alaska.


There remain doubts whether the North can miniaturize a nuclear weapon to fit a missile nose cone, or if it has mastered the technology needed for the projectile to survive re-entry into the Earth’s atmosphere.


But since Kim came to power there has been a series of technical advances, including three nuclear tests and a string of missile launches.


In all, six sets of UN sanctions have been imposed on North Korea since it first tested an atomic device in 2006, but two resolutions adopted last year significantly toughened the sanctions regime.