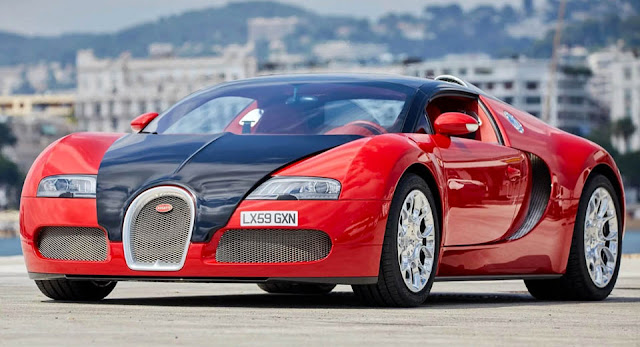 With so many colors available for so many different parts, the Bugatti Veyron offered an almost endless array of color combinations. So the customer could order it to his or her exact specifications. The owner of this one, however, wasn't happy with its appearance, so he sent it back to be repainted. 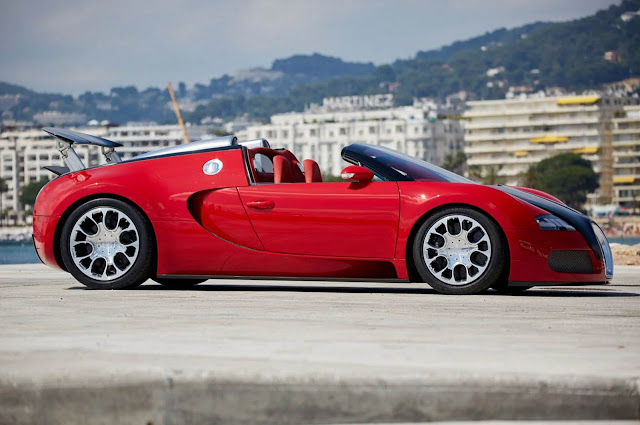 Listed for sale on JamesEdition is a Bugatti Veyron Grand Sport – the convertible model that was actually one of the rarer versions of the sixteen-cylinder supercar. The factory in Molsheim produced 48 of them before switching to the more powerful Vitesse, of which another 102 were made. By comparison, Bugatti made 300 fixed-roof coupes. 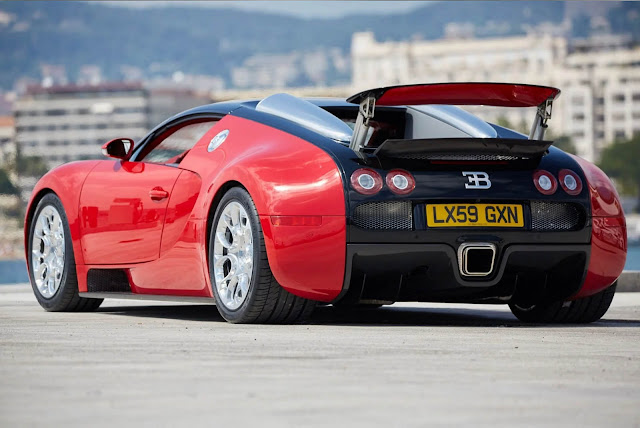 This particular example, pictured among the megayachts in Cannes, France, was the 40th made, and left the factory in December of 2009 painted in Black Blue Metallic. Its original owner sold it in 2014, and the new owner didn't like the paintjob. So he had it resprayed, but not by just any old bodyshop. Instead of sent it back to the factory, where it was repainted in black and red, and issued with documentation attesting as such. 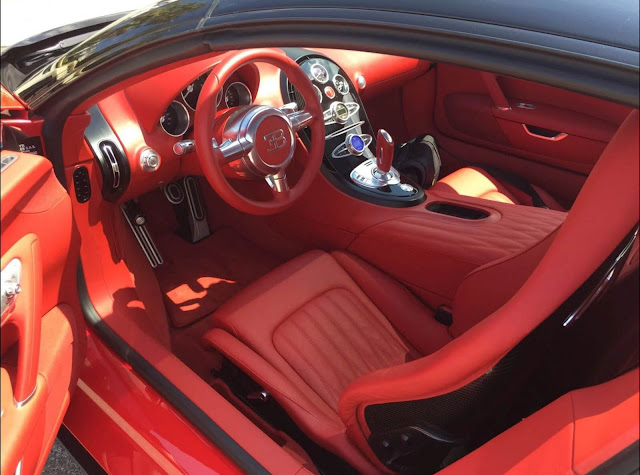 With less than 21,000 miles on the odometer, it's listed with an asking price of €1.5 million, or about $1.7m at current exchange rates. So what do you think, is the red and black combo better than the original midnight blue? Or would you have it repainted all over again?