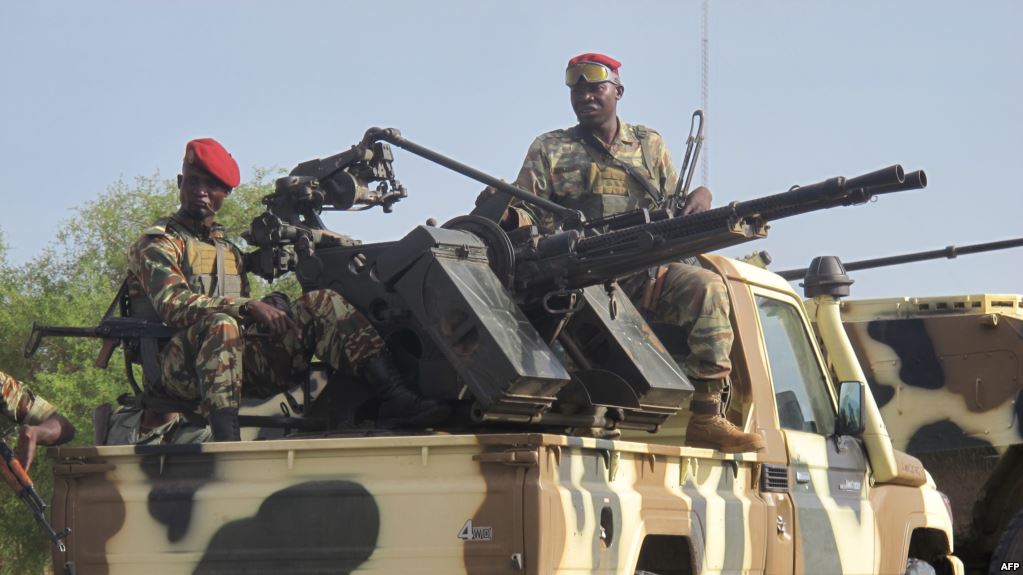 PHOTO:AFP
Thirty-four Cameroonian soldiers from the elite Rapid Intervention Brigade were missing Monday, a day after an army vessel capsized off the country’s southeastern coast.

The ship was carrying 37 people, including crew, and was on its way to the city of Bakassi for refuelling when it sank on Sunday morning, Defence Minister Joseph Beti Assomo said in a statement.

“Thirty-four personnel are missing till now,” he said. “Three soldiers were rescued but the boat seems to have sunk right down.”

He said the circumstances of the accident were not yet clear but the waters were very choppy when it happened.

The Rapid Intervention Brigade is in the front line of Cameroon’s fight against Boko Haram jihadists in the north.

Though Boko Haram originated in Nigeria, the Islamic State-affiliated group has carried out frequent attacks in Cameroon, Chad and Niger.

Cameroon’s Far North region, which borders Nigeria, has seen a resurgence in attacks blamed on Boko Haram after months of relative calm.

This month, two bombers blew themselves up in northeastern Cameroon killing 15 people in an attack blamed on Boko Haram.