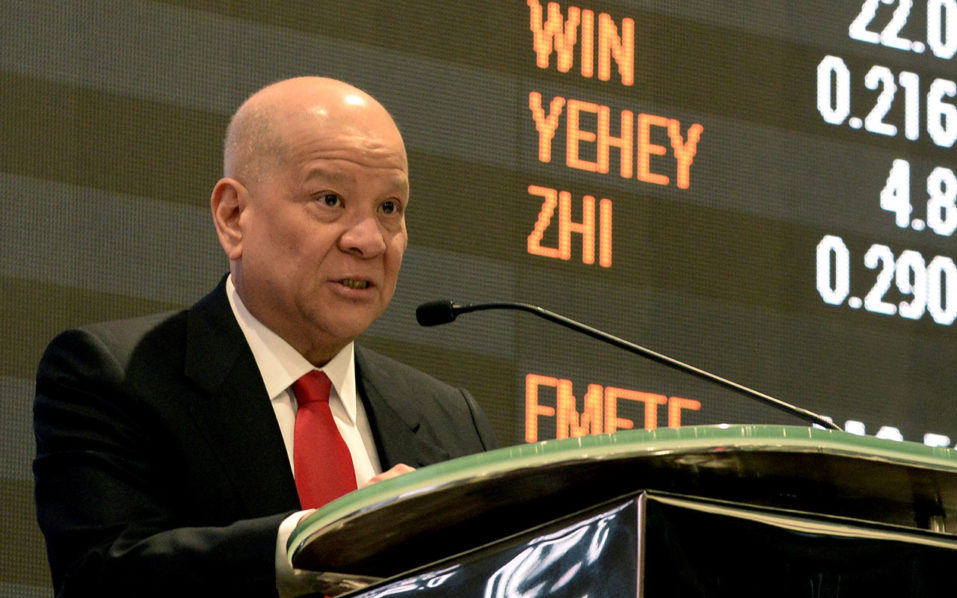 Top newspaper Philippine Daily Inquirer said on July 17, 2017 its owners are in talks to sell the publication to tycoon Ramon Ang, months after President Rodrigo Duterte threatened a shame campaign against them over critical coverage of his drug war. / AFP PHOTO / NOEL CELIS

Top newspaper the Philippine Daily Inquirer said Monday its owners are in talks to sell the publication, months after President Rodrigo Duterte threatened a shame campaign against them over critical coverage of his drug war.

Marixi Prieto, chairwoman of the Inquirer Group of Companies, said the family had decided to quit the newspaper business and was in talks to sell it to tycoon Ramon Ang, president of top Philippine conglomerate San Miguel Corp.

“The Prieto family’s decision to divest after 25 years is a strategic business decision that it believes will maximise group opportunities for the Inquirer group,” the paper said in a statement.

Ang said Monday he has accepted the Prieto family’s offer to invest in the Inquirer Group but gave no details.

Neither side mentioned the paper’s longstanding dispute with Duterte, who has said Ang helped fund his presidential campaign.

In March Duterte described the Inquirer and major television broadcaster ABS-CBN as “sons of whores” and warned them of karmic repercussions for criticising him for alleged human rights abuses in the drug war.

“I’m not threatening them but someday their karma will catch up with them,” Duterte said, singling out the Prietos as well as the Lopez family that controls the television network.

He also threatened to use the government’s television station to shame the two families, and the subject has been a recurring theme in many of the president’s speeches.

Duterte had vowed during the election campaign last year to kill tens of thousands of drug dealers and users to stop the country from sliding to narco-state status.

Since he came to power a year ago police and unknown gunmen have killed thousands of suspects, but Duterte has rejected criticism from human rights groups that his crackdown may amount to a crime against humanity.

Prieto described Ang as a “longstanding friend and business partner” and said the talks, begun in 2014, restarted early this year.

“The family is confident that Mr Ang will uphold the Inquirer Group’s commitment to pursuing the highest standards of journalism.”

Ang said in a statement the paper would “continue to uphold the highest journalistic standards and make a difference in the society it serves”.