80% of Yemen children in need of immediate aid 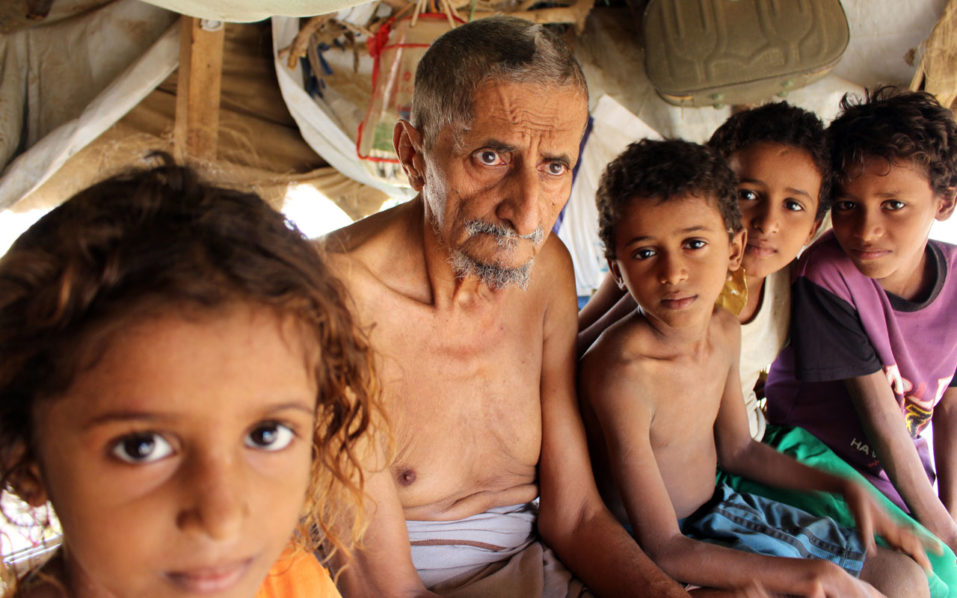 Displaced Yemenis, who fled the fighting between the Saudi-led coalition and Shiite Huthi rebels in the area of Harad, sit under a makeshift shelter at a camp for internally displaced persons in the northern district of Abs in Yemen’s Hajjah province, on July 23, 2017. / AFP PHOTO / STRINGER


A vicious combination of war, cholera and hunger has left 80 percent of Yemeni children in desperate need of aid, the United Nations said on Wednesday.


“Nearly 80 percent of Yemen’s children need immediate humanitarian assistance,” the executive directors of three UN agencies said in a joint statement released at the end of a two-day visit.


“A vicious combination.”
More than two years of fighting between Yemen’s Saudi-backed government and Shiite rebels allied with Iran have destroyed much of the country’s infrastructure and left millions at risk of famine.


The country also faces “the world’s worst cholera outbreak in the midst of the world’s largest humanitarian crisis”, with the number of cases expected to reach 600,000 by the end of the year, the agency directors said.


The directors of the World Health Organization, the UN Children’s Fund and the World Food Programme toured both government- and rebel-held areas during their visit.


They said they saw “children who can barely gather the strength to breathe” and vital infrastructure damaged or destroyed.


International donors pledged $2.1 billion in aid at a conference earlier this year but only a third of it has been disbursed, the United Nations said earlier this month.


The shortfall has forced aid agencies to redirect their limited resources towards fighting cholera, leaving communities at greater risk of malnutrition.


The war in Yemen has killed more than 8,000 people and wounded 44,500 since Saudi Arabia and its allies joined the conflict in March 2015.


The Saudi-led coalition has imposed a sea and air blockade of rebel-held territory, allowing in only limited UN-supervised deliveries of basic goods.


The cholera outbreak has already claimed 1,900 lives since April with 400,000 suspected cases across the country, according to the UN and the International Committee of the Red Cross.


The agency chiefs said prognoses had improved as “more than 99 percent of people who are sick with suspected cholera and who can access health services are now surviving”.