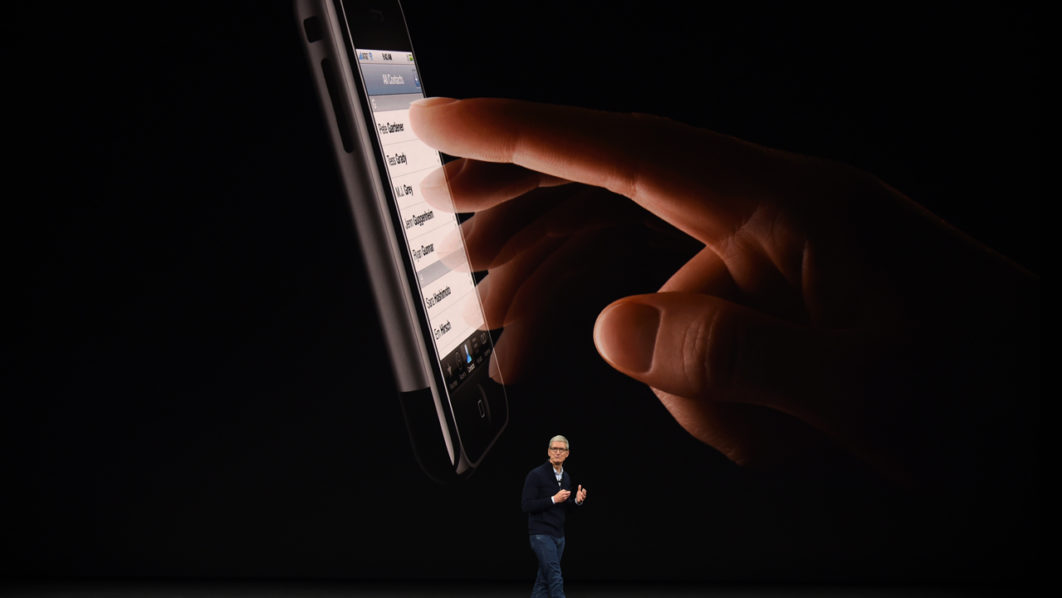 Apple CEO Tim Cook speaks about the new iPhone 8 during a media event at Apple’s new headquarters in Cupertino, California on September 12, 2017.

Apple unveiled three new iPhone models on Tuesday, including a top-of-line handset described as “the biggest leap forward” since the original iPhone 10 years ago.


Apple chief executive Tim Cook announced the premium iPhone X — pronounced 10 — as well as a new iPhone 8 and 8 Plus.


Cook, speaking at the first event at the new campus theater named for the late Apple co-founder Steve Jobs, said the latest flagship handset is a milestone for the company a decade after the first iPhone release.


“Ten years later it is only fitting that we are here in this place, on this day to reveal a product that will set the path for technology for the next decade,” Cook said, calling the iPhone X “the biggest leap forward since the original iPhone.”


The iPhone X has an edge-to-edge screen 5.8 inch and uses facial recognition to unlock the device, and improved “super retina” display with improved graphics and resolution.


Apple senior vice president Phil Schiller said the glass-body iPhone 8 and 8 Plus handsets were the first smartphones “really created for augmented reality,” with improved power and graphics over their predecessors.