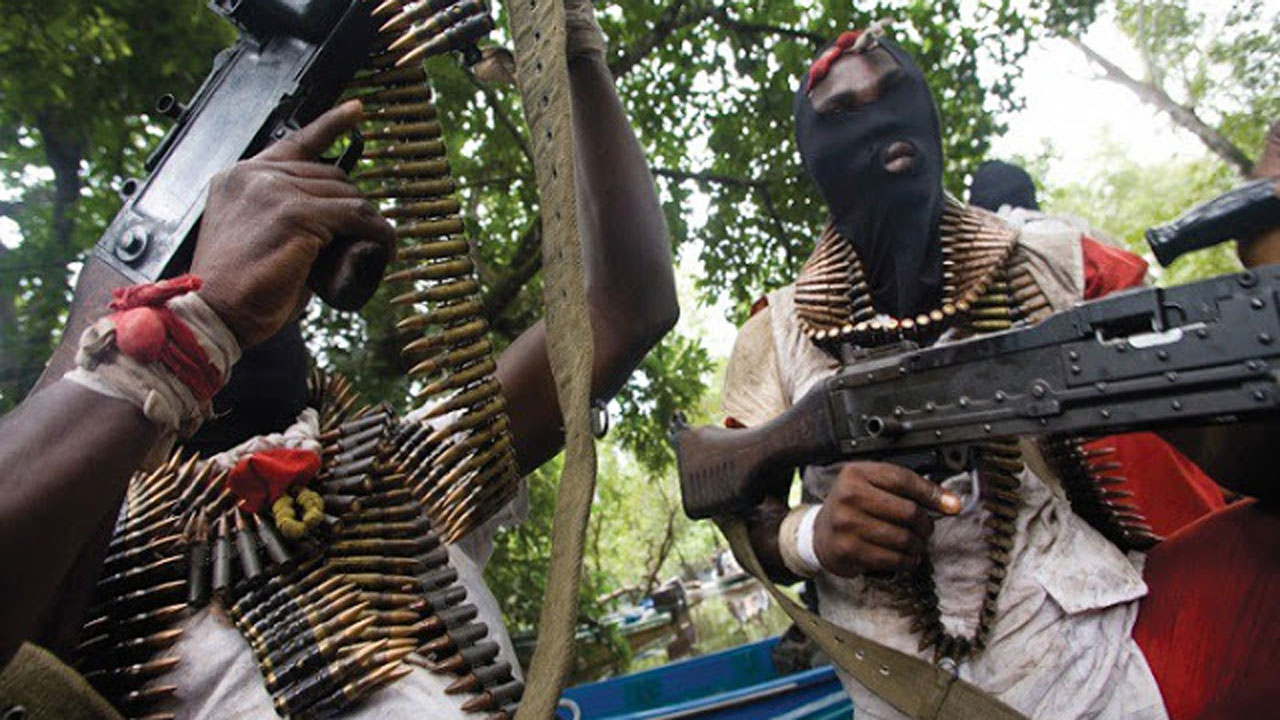 Recent newspapers headlines are pointers to the realities of arms influx into Nigeria – ‘Bad elements in the security agencies selling arms to bandits – DSS’; ‘DSS blames military, security agencies for proliferation of arms’; ‘DSS, customs accuse politicians, states of stockpiling arms’; and ‘three policemen arrested for selling AK-47 rifles to robbers’ amongst others.


These incredible stories emanated from a recent revelation to the House of Representatives Joint Committee on Customs and Excise and National Intelligence investigating the influx of small arms and light weapons into the country. At the Legislative Hearing, the Directorate of State Services (DSS) and Nigeria Customs Service (NCS) pointedly accused politicians and some states of stockpiling arms ahead of 2019 general elections. The two agencies also claimed that Nasarawa, Benue, Taraba and Plateau states have had the highest presence. According to the DSS, the arms, classified as small and light weapons, were already being used by some individuals to perpetrate violence in parts of the country.


Furthermore, the DSS said that, “We had a situation where in one of the armouries belonging to one of the armed forces, many pistols just got missing with quantities of ammunition and all the pistols are new. In the armoury, no place was broken into, but the weapons were missing…” While the Comptroller- General of Customs, Hameed Ali lamented the porous borders and dearth of necessary equipment as a challenge stemming the flow of weapons into the country.


Other instances that have buttressed these sad tales have been reported interception and seizure of a consignment of pump action rifles alleged to have originated from China through Turkey, along the Mile 2 – Apapa Road, Lagos by the operatives of Nigeria Customs Service (NCS); and the discovery of an illegal arms factory in Agbada, Nenwe in Aninri Local Government Area of Enugu State during the first quarter of 2011 by the State Security Service (SSS), Enugu State Command.


Besides, these stories (of arms lack of control) are not new: they are just unchecked by the authorities in Abuja. Nigeria’s secret service, for instance, in October 2010 reportedly intercepted the shipment of 13 containers filled with rocket launchers, grenades and other explosives and ammunitions. The cargo was said to be on its way to Gambia and had begun its journey from a port in Iran. Also, sometime in June 2009, there were several media reports that eagle eyed security operatives impounded a Ukrainian plane, fully loaded with guns and ammunitions when it made a technical landing at Malam Aminu Kano International Airport at about 2:00.a.m on Wednesday 17th June. This roll call is real, not fiction!


As a matter of fact, they help to explain the spate of armed robberies with precision across the country; tugs following politicians with AK47 to protect them, which have occasioned pre- and post-election violence as some politicians have resorted to ‘not winning but capturing states’; the Boko Haram uprising using explosives to blow up places, guns and other arms to kill innocent Nigerians that has led to the massacre of human beings like animals, with its attendant social dislocation and threatened peace; and other killings with gun by various identified and unidentified groups. The unresolved murder of high profile citizens including Chief Bola Ige, Funsho Williams, A.K. Dikibo, Marshal Harry and many others has its root in this jungle-like life Nigerians endure.


The trend has also fuelled communal clashes, religious and ethnic crises in Ife, Jos, Kaduna and Taraba, as well as farmers-nomads conflicts in Benue and Nassarwa States, among others where hundreds of lives have been lost.

Indeed illegal arms have led to the rising rate of criminality and citizens are endangered. What a brand Nigeria has become in the comity of nations, especially in Africa?


Therefore, no doubt the proliferation of arms and ammunitions in Nigeria is a scourge, which the Federal Government of Nigeria must fight to pull the country from the precipice of danger.


However, the government agencies that should control the influx of arms into Nigeria appear helpless and have embarked on a blame game washing their dirty linen in the public, instead of coming up with ingenious solutions to curb the menace.


The alarms raised by the DSS, the Nigeria Customs Service, among others only show dereliction of responsibility. They have a responsibility to curb the menace they are complaining about.


When security and intelligence agencies of government begin to lament about arms influx into a country with diverse security challenges, who will the people report to? If they have problems with their operations, they should approach the commander-in-chief through their service chiefs and comptrollers. The people will be frightened to hear that their security and intelligence agencies are incapacitated and helpless, in this regard.


Against the backdrop that Nigeria occupies a respectable position in the affairs of Africa, it should get to the roots of illegal arms deals. Therefore, instead of lamenting, the DSS should be more proactive in safeguarding citizens from the abuse of arms by coming up with ingenious solutions and implement same to rid the country of the menace of small arms and light weapons proliferation.


As such, the DSS should put its house in order, cooperate with other relevant MDAs and international agencies, and perform its duties to curb arms proliferations. So, apart from open declaration that the Police will fight back arms of all categories, government should find lasting solutions and go beyond the routine to stamp out the influx of illegal arms in the country.


Security agencies should be more vigilant, politicians should avoid redefining democracy to mean unfettered freedom and exacerbated violence; rather should be less desperate, more considerate and hold people’s lives with grace. Ipso facto, the DSS should ensure that whatever arms procured are properly acquired to avoid abuse and the legal dealers should be tracked to ensure that arms do not get into the wrong hands. Also, government should audit licensed gun holders; and encourage those who are possessing unregistered arms to do so within a specified period.


For the resources needed, the DSS, Immigration and Customs should get operational vehicles and the necessary equipment such as scanning machines to stem the flow of weapons into the country. Specifically, the Nigeria Customs Service (NCS) must be serious about the border patrol unit and ensure that the porous borders (air, sea, and land) are well manned by ethical officers.


The military should be sterner in monitoring their men, especially those fighting insurgency, on peacekeeping and various arms bearing operations.


At the international level, Nigeria should enter into appropriate pact with origin and manufacturing countries on the movement of arms and ammunition. These are believed will reduce influx of arms into the country and keep its use in check.
at November 26, 2017