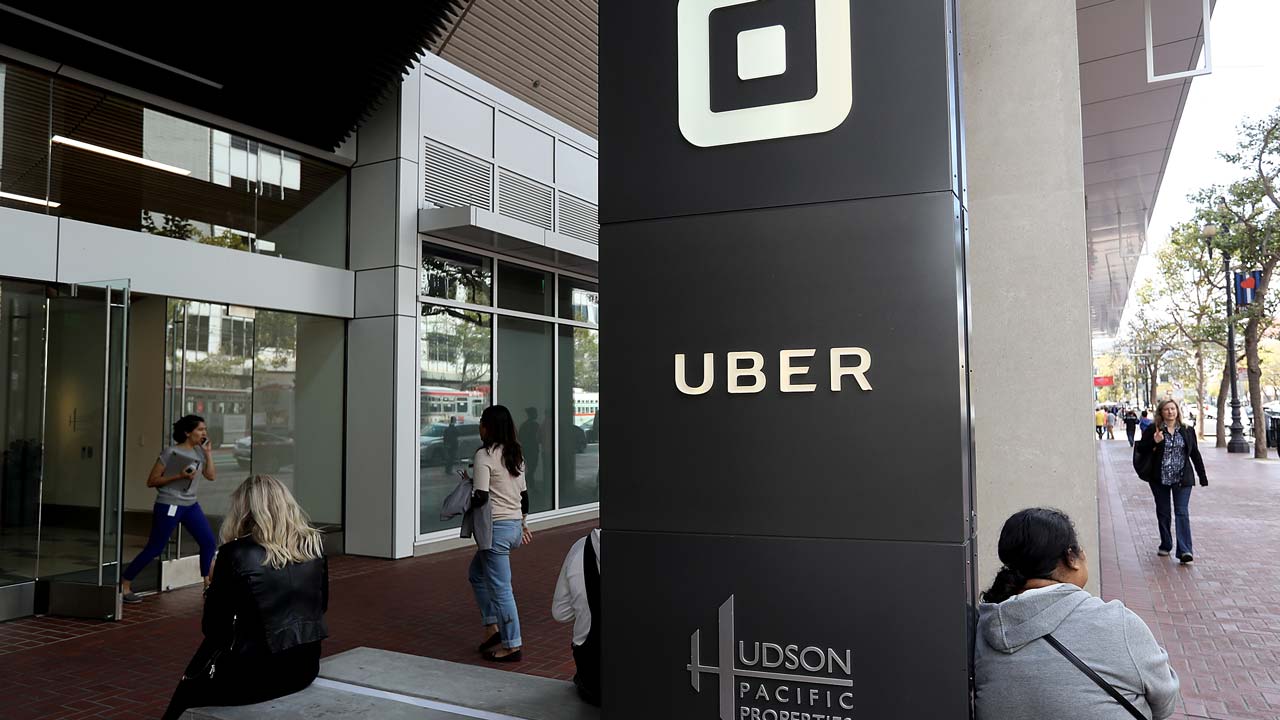 (FILES) This file photo taken on August 25, 2016 shows the logo of the ride sharing service Uber in front of its headquarters in San Francisco, California. Uber has parted ways with another top executive, in the latest dent to the reputation of the ridesharing giant as it prepares to release the results of a probe into workplace misconduct. The executive, Eric Alexander, read and discussed medical information about a woman raped in India in 2014 during an Uber ride, according to reports in the New York Times and Recode.An Uber spokeswoman told AFP on June 8, 2017 that Alexander is “no longer with the company,” but declined to comment on the reasons for his departure or on the reports on his handling of the India rape case. JUSTIN SULLIVAN / GETTY IMAGES NORTH AMERICA / AFP


Former Uber CEO Travis Kalanick and an influential investor in the ride-sharing company have resolved a feud that will clear the path for Japan’s SoftBank to acquire a stake in the firm, the Wall Street Journal reported Sunday.


The Japanese group, founded by billionaire Masayoshi Son, expressed an interest several months ago in investing around $1 billion in Uber for a stake of at least 14 percent.


But it was threatened by conflict between Kalanick and US venture capital firm Benchmark.


The latter filed a lawsuit against Kalanick, accusing him of fraud, breach of contract and of plotting to manipulate the board of directors to allow him to return as CEO following his resignation in June.


The two parties have now reached an agreement on control of board seats, which included Benchmark putting its lawsuit on hold — while Kalanick will allow directors to vote on his future appointments to the three seats he oversees, the Wall Street Journal reported citing anonymous sources.


The SoftBank investment should now be finalized within the next few weeks, the newspaper said.


A deal would be positive for Uber, which is looking to turn a new page in the wake of recent repeated scandals, among them workplace sexual harassment allegations.


Meanwhile, SoftBank has been diversifying through investment for several years, and has ventured into sectors outside its core mobile technology business — completing deals with the likes of French robotics firm Aldebaran and e-commerce with Chinese giant Alibaba.


It is sending tremors through the tech world with a its massive new Vision Fund — a venture capital fund with $100 billion coffers intended for startups and expected to dominate the industry so thoroughly it’s playfully referred to as a “gorilla.”