Every year about 120,000 organs, mostly kidneys, are transplanted from one human being to another. Sometimes the donor is a living volunteer. Usually, though, he or she is the victim of an accident, stroke, heart attack or similar sudden event that has terminated the life of an otherwise healthy individual. But a lack of suitable donors, particularly as cars get safer and first-aid becomes more effective, means the supply of such organs is limited. Many people therefore die waiting for a transplant. That has led researchers to study the question of how to build organs from scratch.

One promising approach is to print them. Lots of things are made these days by three-dimensional printing, and there seems no reason why body parts should not be among them. As yet, such “bioprinting” remains largely experimental. But bioprinted tissue is already being sold for drug testing, and the first transplantable tissues are expected to be ready for use in a few years’ time.

Researchers have implanted printed ears, bones and muscles into animals, and watched these integrate properly with their hosts.

Last year a group at Northwestern University, in Chicago, even printed working prosthetic ovaries for mice. The recipients were able to conceive and give birth with the aid of these artificial organs.

Sichuan Revotek, a biotechnology company based in Chengdu, China, has successfully implanted a printed section of artery into a monkey. This is the first step in trials of a technique intended for use in humans. 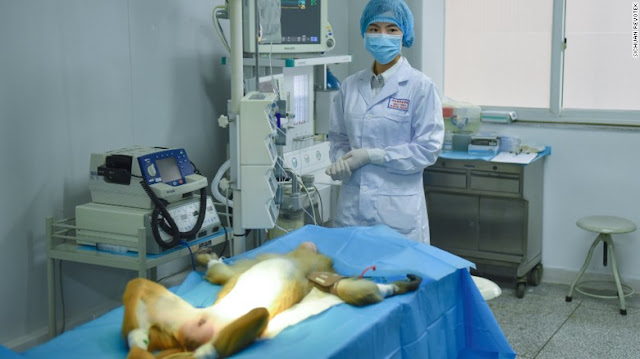 Revotek implanted artery into a monkey 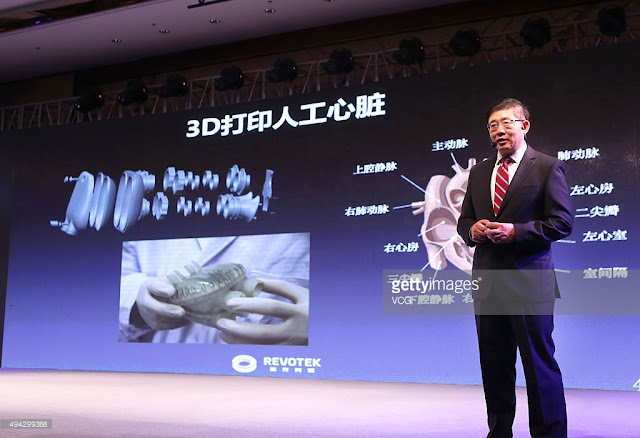 Similarly, Organovo, a firm in San Diego, announced in December that it had transplanted printed human-liver tissue into mice, and that this tissue had survived and worked. Organovo hopes, within three to five years, to develop this procedure into a treatment for chronic liver failure and for inborn errors of metabolism in young children. The market for such treatments in America alone, the firm estimates, is worth more than $3 billion a year. 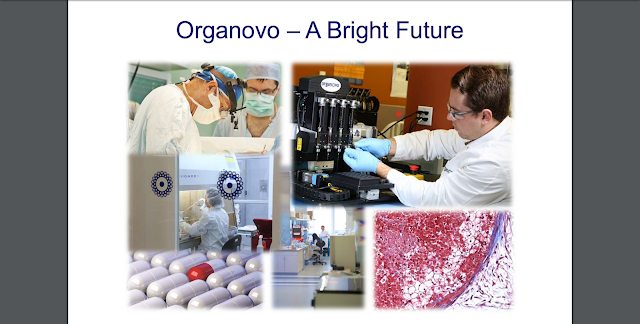 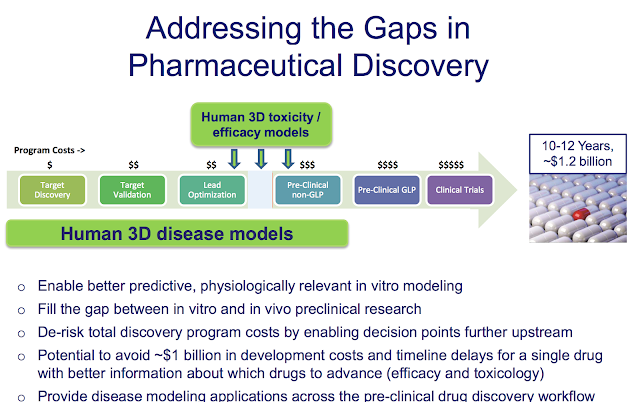 Nature Biotechnology also had a review of bioprinting 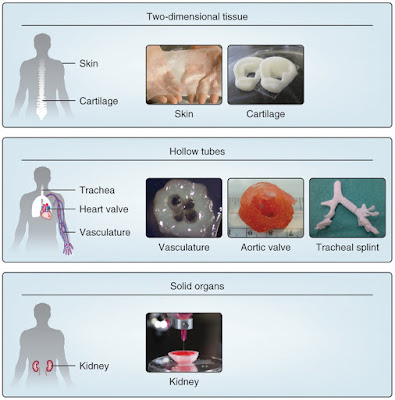 Johnson and Johnson, a large American health-care company, is so convinced that bioprinting will transform parts of medical practice that it has formed several alliances with interested academics and biotechnology firms. One of these alliances, with Tissue Regeneration Systems, a firm in Michigan, is intended to develop implants for the treatment of defects in broken bones. Another, with Aspect, a biotechnology company in Canada, is trying to work out how to print parts of the human knee known as the meniscuses.

More immediately, bioprinting can help with the development and testing of other sorts of treatments. Organovo already offers kidney and liver tissue for screening potential drugs for efficacy and safety. If this takes off it will please animal-rights activists, as it should cut down on the number of animal trials. It will please drug companies, too, since the tissue being tested is human, so the results obtained should be more reliable than ones from tests on other species.

With similar motives in mind, L’Oréal, a French cosmetics firm, Procter & Gamble, an American consumer-goods company, and BASF, a German chemical concern, are working on printing human skin. They propose to use it to test their products for adverse reactions. L’Oréal already grows about five square metres of skin a year using older and slower technology. Bioprinting will permit it to grow much more, and also allow different skin types and textures to be printed.

Skin in the game

Printed skin might eventually be employed for grafts—repairing burns and ulcers. Plans are also afoot, as it were, to print skin directly onto the surface of the body. Renovacare, a firm in Pennsylvania, has developed a gun that will spray skin stem cells directly onto the wounds of burns victims.

Livers and kidneys within about six years

The real prize of all this effort would be to be able to print entire organs. For kidneys, Roots Analysis, a medical-technology consultancy, reckons that should be possible in about six years’ time. Livers, which have a natural tendency to regenerate anyway, should also arrive reasonably soon. Hearts, with their complex internal geometries, will take longer.
at January 29, 2017