10 Most Amazing Fountains in the World 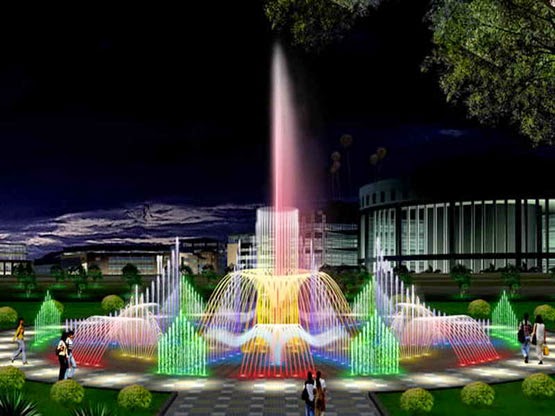 Every important city on Earth has at least one water fountain as the mark of creativity. Water fountains inspire us with their beauty and power. They are bigger and more and more colorful these days, just to attract a lot of tourists. People go to see them in every city they travel to, but have you ever wondered where are the most beautiful and the most inspiring water fountains in the world? To find out check out our 10 most incredible fountains. 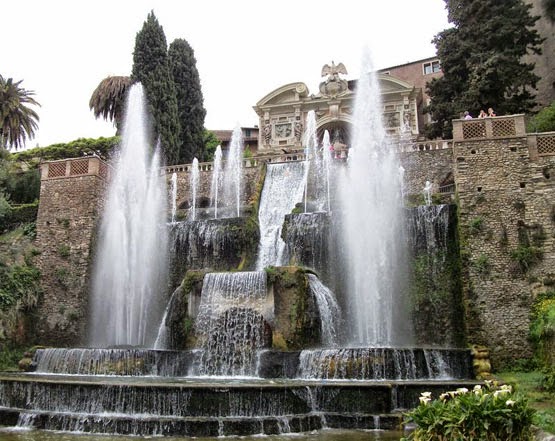 Tivoli Fountain, Tivoli, Italy
Tivoli Fountain is also called Oval Fountain (Fontana dell’Ovato). It’s located in Villa d’Este in Tivoli, and with beautiful gardens it is one of the most popular destinations for one day trip from Rome. The fountain cascades from its oval shaped basin into a stunning pool. The Villa was declared a UNESCO world heritage site. 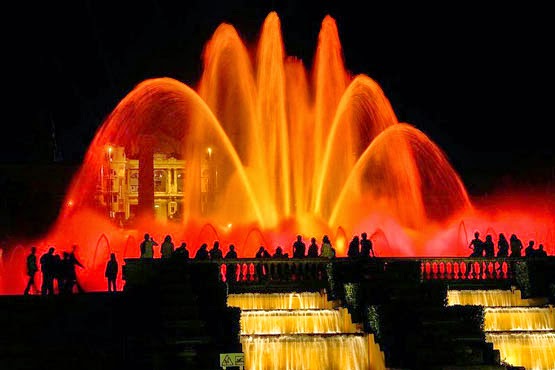 Magic Fountain of Montjuic, Barcelona, Spain
This magic fountain provides a spectacular display of light, color and motion. It was constructed by designer Carles Buigas in 1929 for the Barcelona International Exposition. At the beginning it performed only light shows. Music was incorporated in the 1980s. 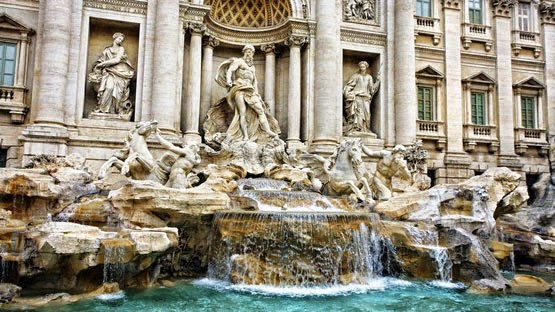 Trevi Fountain, Rome, Italy
Trevi is the world’s most famous fountain. With It’s 26.3 meters (86 ft) height and 49.15 meters (161.3 ft) width, it is the largest Baroque fountain in the city of Rome. Fountain features one of Italy’s most beautiful sculptures: Neptune or Oceanus in the middle and two tritons, one symbolizing the rough sea, and other one the quiet sea. It was built in the 1700s. 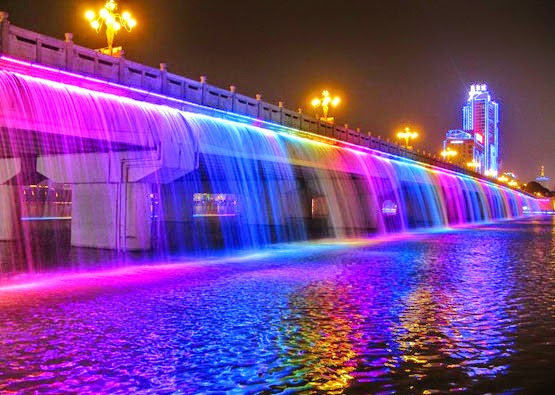 Moonlight Rainbow Fountain, Seoul, Korea
This is the longest bridge fountain in the world. It’s length is over 1,000 meters. Rate of pumping water from the river is 190 tons per minute. A night time visit is a must-see, because of the lights the fountain contains. 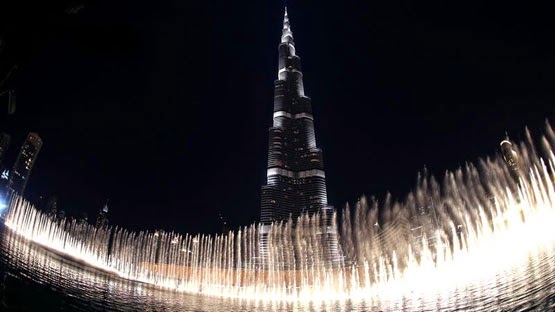 The Burj Khalifa Fountain, Dubai, UAE
Located on the lake, this fountain is one of the most impressive fountains on Earth. Water from the fountain shoots up to 152.4 meters (500 feet) high. The fountain was designed by designers who built the fountains at the Bellagio Hotel in Las Vegas, Nevada. 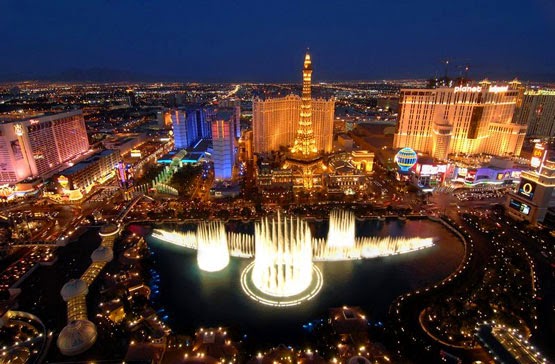 Bellagio Fountains, Las Vegas, United States
These fountains on a lake in front of the Bellagio hotel are tremendous water fountains with performances set to light and music. The fountain’s show includes various pieces of music which takes place every 30 minutes in the afternoons and early evenings, and every 15 minutes from 8 PM to midnight. 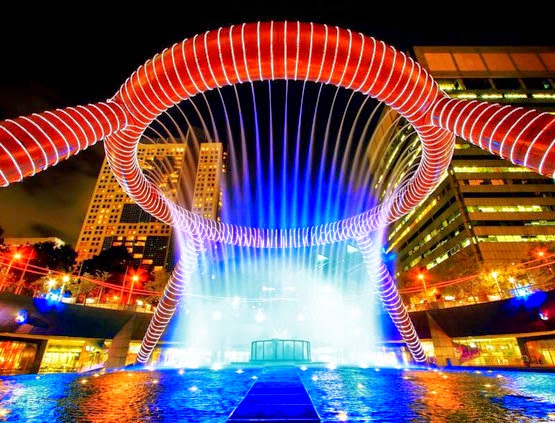 Fountain of Wealth, Singapore
This is the World’s Largest Fountain according to the Guinness Book of Records. Like a symbol of wealth and life, it is located in one of the largest shopping malls in Singapore called Suntec City. Made from bronze, the fountain is turned off during certain periods of the day, so visitors can walk around the mini fountain, set in the center of the large one to collect coins for good luck. During the night there are laser performances with music. 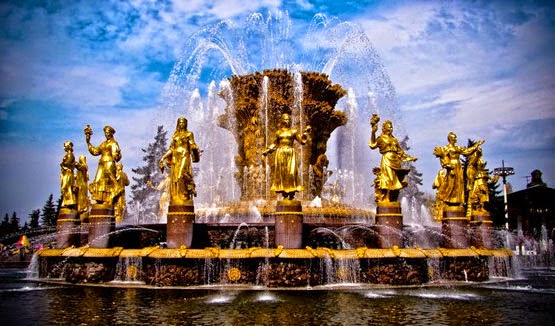 The Nations Friendship Fountain, Moscow, Russia
This fountain is also known as the People’s Friendship Fountain. It is decorated with 16 gilded statues of maidens in their national costumes, representing all the former republics of the USSR. The fountain sits within the larger All-Russian Exhibition Center. It lays in The All-Russian Exhibition Center. 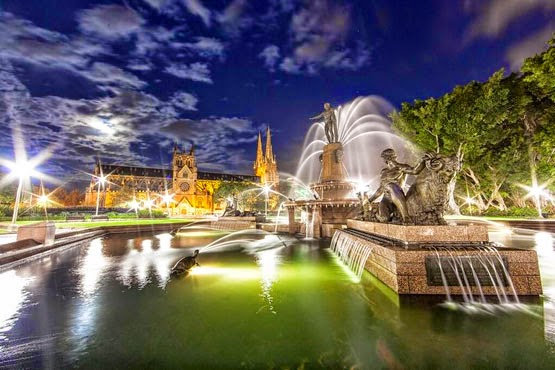 The Archibald Fountain, Sydney, Australia
Built in March 1932 by the French sculptor Francois Sicard, the J. F. Archibald Memorial Fountain located in Hyde Park, in central Sydney,is also declared as the finest public fountain in Australia. It is inspired from classical Greek and Roman art and literature, and depicts a bronze Apollo surrounded by other mythical figures and animals. 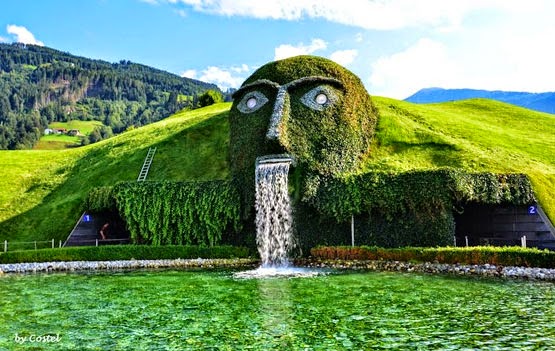 Swarovski Fountain, Innsbruck, Austria
Well known Swarovski crystal jewelry corporation has its own, pretty odd fountain. It’s located in Austria in the front of the crystal-themed museum called Swarovski Crystal Worlds. The fountain is the mouth of a glass-covered head.
at January 28, 2017