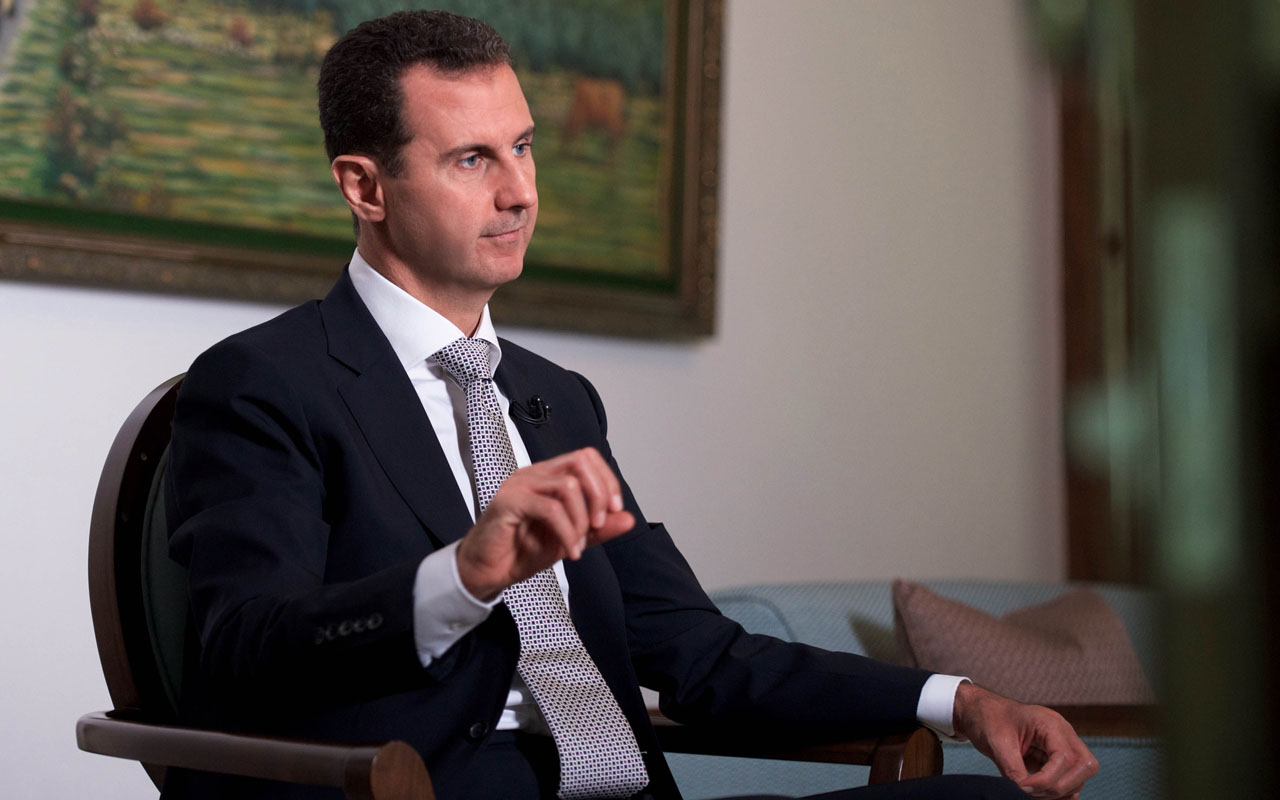 Syrian President Bashar al-Assad may be preparing a chemical weapons attack that would result in the “mass murder” of civilians, the White House said Monday, warning the regime would pay a “heavy price” if it goes ahead.


The White House said the preparations were similar to those undertaken by the Assad regime ahead of an apparent chemical attack on a rebel-held town. Washington launched a strike against a Syrian airbase in response.


“The United States has identified potential preparations for another chemical weapons attack by the Assad regime that would likely result in the mass murder of civilians, including innocent children,” spokesman Sean Spicer said in a statement.


“The activities are similar to preparations the regime made before its April 4, 2017 chemical weapons attack.”


Assad, backed by his ally Russia, has strongly denied the allegation that his forces used chemical weapons against the rebel-held town of Khan Sheikhun, describing it as a “100 percent fabrication”.


He has said repeatedly that his forces turned over all chemical weapons stockpiles in 2013, under a deal brokered by Russia to avoid threatened US military action.


The agreement was later enshrined in a United Nations Security Council resolution.


But US Defense Secretary Jim Mattis previously warned that there was “no doubt” that Syria had in fact retained some chemical weapons. An Israeli military assessment also found that Assad’s regime was still in possession of “a few tonnes” of chemical weapons.


“As we have previously stated, the United States is in Syria to eliminate the Islamic State of Iraq and Syria,” Spicer added in his statement.


“If, however, Mr Assad conducts another mass murder attack using chemical weapons, he and his military will pay a heavy price.”


The US-led coalition and allied fighters are battling to oust the IS group from its Syrian bastion Raqa.
The coalition is also backing a major assault on the last IS-held pockets of Mosul in neighboring Iraq.
Russia is flying a bombing campaign in Syria in support of Assad, while the US is heading a coalition mainly targeting IS.


Neither Washington, which backs the opposition, nor Moscow, a longtime ally of the Syrian regime, have managed to find a solution to the conflict.


Syria’s war began in March 2011 with anti-government protests that spiralled into a complex and devastating conflict that has killed more than 320,000 people.


Rebels are now on the back foot after regime advances with support from allies Russia and Iran.