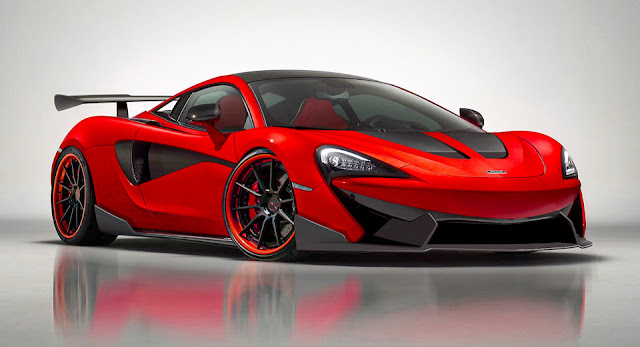 For the vast majority of owners, the Sports Series model from McLaren offers more than enough performance. However, for those that want a little more, 1016 Industries has the answer thanks to their new aerokit for the car.


Rather than simply adding new turbochargers to the car in order to make it a straight-line monster, the tuning company has instead focused on improving the vehicle's cornering and stability by designing components that not only look good, but also add downforce when the car is driven at the edge of its performance.


The tuner allegedly received feedback from 570S owners that the car can become slightly unstable when fully exploited, so it set about improving downforce at the rear by installing a large fixed rear wing inspired by the 570S GT4 and the P1 GTR hypercar. To ensure optimal performance, the pitch of the wing an be adjusted.


A lot of time has also been spent on overhauling the front of the sports car. Most significantly, there's a new bumper with redesigned air intakes and a splitter engineered to stick the front wheels to the road. Final changes include custom side skirts, louvers on the fenders and a hood inspired by the P1.


The aerokit can be fitted to all models within the hardtop Sports Series range, including the 540C and 570GT, and will soon be complemented by a plug and play ECU and TCU controller.