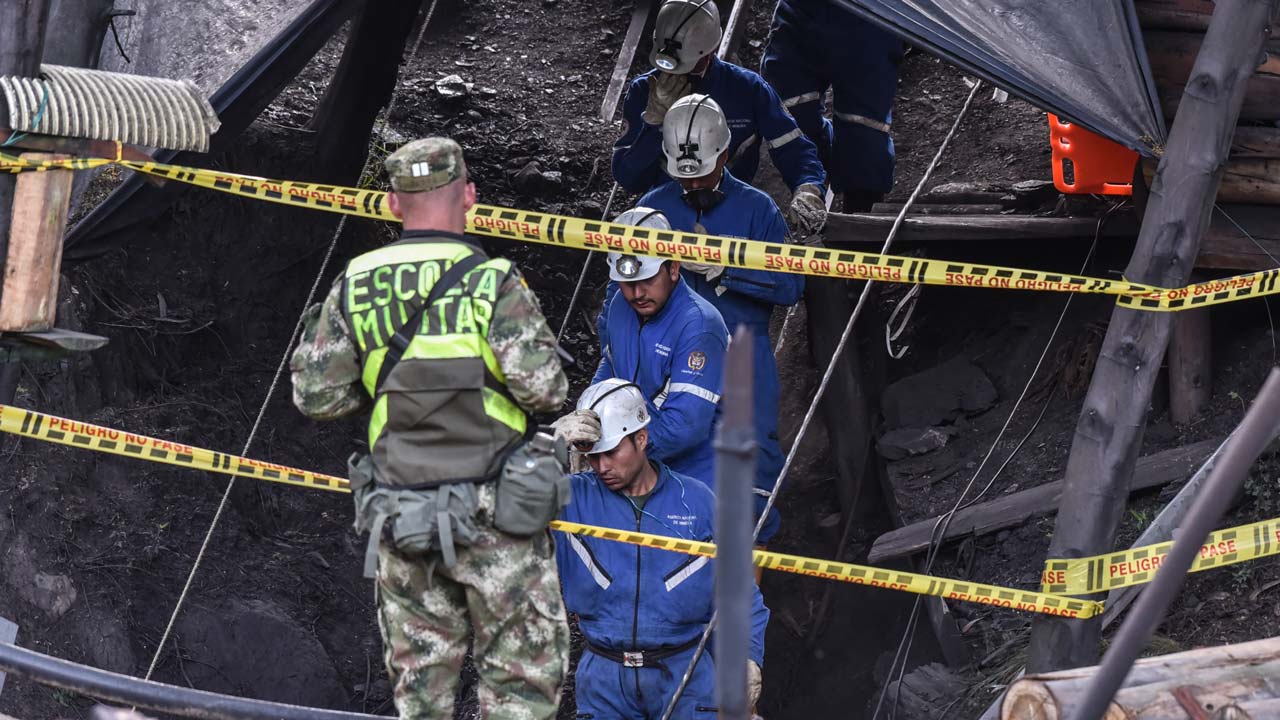 Miners descend into the El Cerezo mine during search operations after an explosion at the illegal coal mine killed at least eight people, in the rural area of Cucunuba, Cundinamarca Department, in central Colombia, on June 24, 2017.

An explosion at a central Colombian coal mine killed at least eight people on Friday, as rescuers scrambled to find another five who are still missing, authorities said, updating earlier figures.<br />Luis Acosta / AFP

Rescuers scrambled Saturday to find five people still missing after an explosion at an illegal coal mine in central Colombia left at least eight people dead.


The blast occurred at a mine in the town of Cucunuba in Cundinamarca state, some 90 kilometers (55 miles) north of Bogota, at about 2130 GMT on Friday.


President Juan Manuel Santos, who is wrapping up an official visit to France, expressed his “solidarity with the victims” in a Twitter post.


Colombia’s national mining agency said the blast appeared to have been linked to a build-up of methane, but the exact cause was unknown.


In more than three decades of working underground, miner Edgar Liz, 53, told AFP he had never witnessed such an incident.


His son Andres Antonio Liz, 35, is one of the missing.


“It’s hard for a father, to receive news like this, and not to know if he is alive or dead,” he said.


More than 35 rescue workers and seven engineers are working to reach the people still missing, according to the National Disaster Risk Management Unit (UNGRD) government agency.


“We heard an explosion that shook the houses, the tiles,” said Maria Cristina Salazar, who sells food to the mineworkers.


In the first five months of this year 28 mining emergencies were reported in Colombia, according to the national mining agency, leaving 23 dead and 33 wounded. Some 60 percent of those accidents occurred in coal mines.