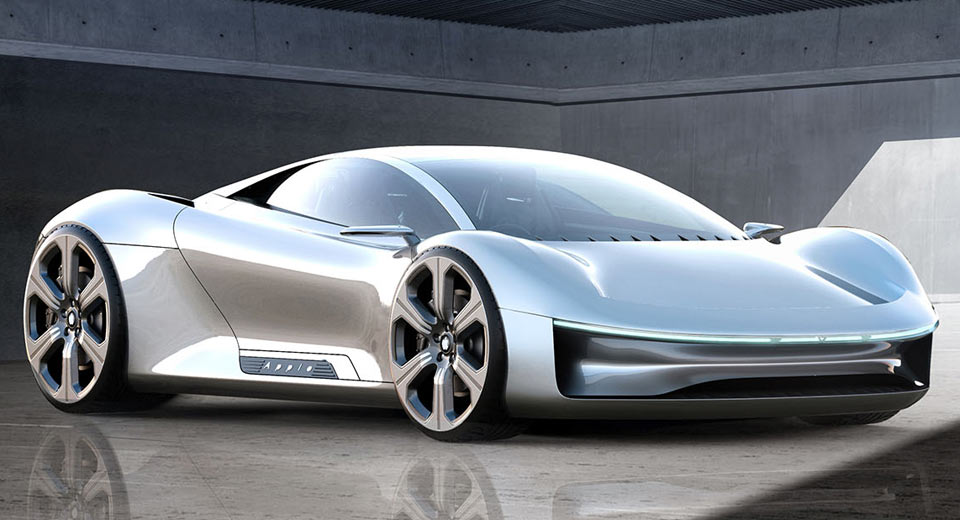 The notion of Apple getting into the automotive business (in a capacity beyond smartphone integration) had us all intrigued, and the legions of the brand faithful positively drooling at the prospect.

In the end, the Silicon Valley tech giant is apparently more interested in developing autonomous vehicle technologies than the vehicles themselves.

But what if it had jumped head-first into the car-making business? Would its product look something like this? No, no it most likely would not have. But it's cool to look at just the same.

Pictured here is the cleverly named Apple Eve concept, a design worked up by Alex Imnadze – a designer whose work we've featured here many times before.

The sleek form bears more than a passing resemblance to the Jaguar C-X75, which may only be fitting since that electrified supercar concept never made it to production. And neither will this.

Why won't it, you ask? Because despite all the research, the rumors, and even an aborted approach to take over McLaren, Apple appears to have scrapped the idea of ever making a car of its own. And even if it did, it'd likely adopt a more accommodating form than that of a two-seat supercar. But we can always dream.