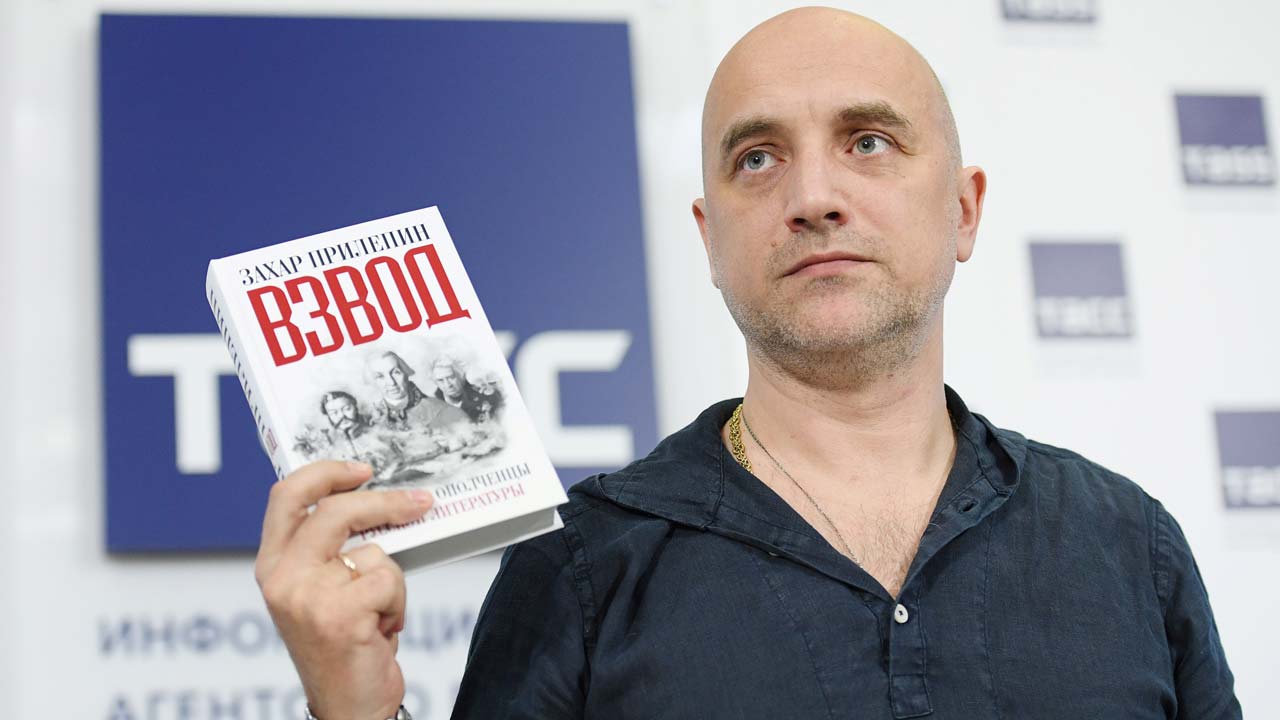 One of Russia’s best known novelists, Zakhar Prilepin, has sparked a bitter row among top writers by revealing he is now fighting with pro-Russian separatists in Ukraine.

Prilepin is acclaimed for novels drawing on his experiences of serving with Russian forces in Chechnya and as a member of a banned radical nationalist group, and has won some of Russia’s top literary awards.

The shaven-headed writer has been a frequent visitor to the rebel east Ukraine since the start of the conflict in April 2014, acting as a “consultant” to Donetsk rebel leader Alexander Zakharchenko.


In an interview with popular tabloid Komsomolskaya Pravda last week the 41-year-old revealed he is now the deputy commander of his own battalion, shocking the literary scene.

“I think a writer has a right to any position,” Prilepin said at a midweek Moscow news conference.
“He can stand with a flag saying peace to the world or he can take up arms.”


– ‘Deserves hatred’ –
For Prilepin, the conflict in Ukraine has seen a major change as he has gone from a member of a banned group fiercely opposed to the Kremlin to supporting the official line.

He was part of the outlawed National Bolshevik Party led by fellow writer Eduard Limonov, which used to see its illegal rallies crushed by riot police, but then supported Moscow’s seizure of Crimea in 2014.

By becoming one of the most high-profile Russians to join east Ukraine’s fighters, Prilepin has prompted outpourings of bile from top literary figures with more liberal views.

Viktor Pelevin, one of the best known post-Soviet writers, wrote on Facebook: “When your books are shit, you have to earn money from terrorism.”

In a comment reported by state television, Vera Polozkova, one of Russia’s best known young Russian poets, wrote on Facebook that she “will open a bottle of the best champagne when they finally blow his… head off.”

“The country’s blogosphere is buzzing. It has divided into factions: those who are for Prilepin and those who are against,” wrote Life News website.

Prilepin said the reaction came as as a surprise but he welcomed the fact it had “put writers back on the newspaper front pages.”


A German literary agency has reportedly dropped Prilepin over his role fighting with separatists who are called “terrorists” by Kiev.

“I live in the context of Russian literature. It’s much more important to me what Tolstoy and Dostoevsky would say and think about me than what the current European hypocrites will say,” he responded.


– ‘Deadly risks’ –
Prilepin is taking time out from the military campaign to present a new book — called “Platoon: the officers and rebels of Russian literature” — which tells the story of famous writers who took up arms including national poet Alexander Pushkin.

Prilepin compared himself with the likes of Leo Tolstoy and Mikhail Lermontov, who fought as soldiers and drew on the experience in their writing.

He even went so far as to say he could see such figures joining him in the rebels’ self-declared Donetsk People’s Republic.

While his involvement with the rebels has set off literary skirmishes back in Moscow, Prilepin admits that he faces far more real dangers on the ground in east Ukraine.

The rebel leadership says Ukraine was behind the deaths, while Kiev insists they were down to either infighting or score settling by the insurgents’ puppet masters in Moscow.