Financial blunders that can ruin your marriage 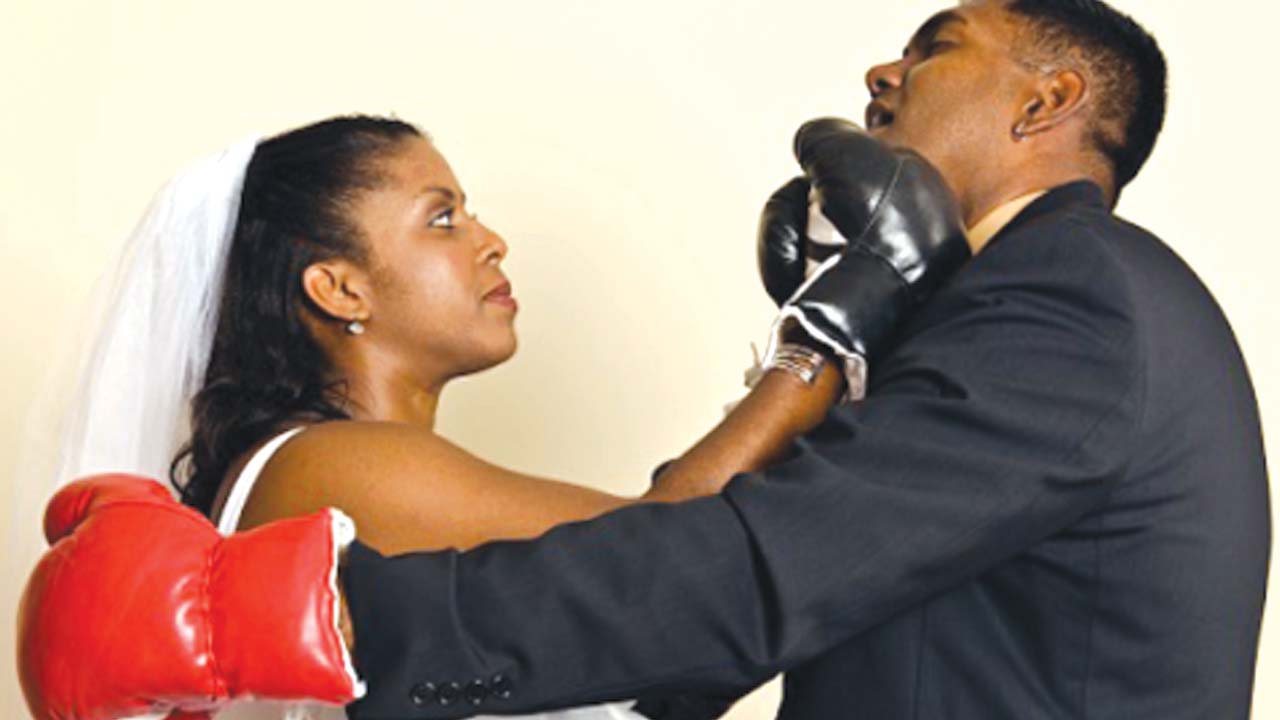 The last thing you want to do with your own hands is ruin your marriage but many people are doing that unknowingly. Taking the wrong actions or not making the right decisions can both contribute to taking your marriage down. Most couples will tell you that one of the major conflicts they have to deal with is the issue of finances.

It doesn’t matter if you’ve got a lot or not enough. The issue is not how much you have or don’t have but your attitude to money. There’s no proven formula that those who have are more prudent and those who don’t have if given the chance would even manage it any better.

Most marriages start out on a shaky footing as both parties never discuss their past, present and future plans about money. They just keep coasting till they get into a hole and then think about how to sort themselves. Everyone’s got a different attitude about money largely as a result of their upbringing and exposure.

You want to avoid these blunders at all costs but if you have found yourself in one, seek help and stick to a plan to get you out as soon as possible:


Responsibility from Previous Relationships: It would be great if before signing the dotted lines, all secrets are disclosed but most times they aren’t. One of such secrets is if one of you has got kids from a previous relationship and if you are obliged to give some allowance or upkeep. Most people who don’t want that information to jeopardize their plans stay mute and its months or even years after the wedding that it’s discovered that funds have been diverted to take care of this extra business.

Loan Burden from Studying Overseas: Some folks who studied overseas borrowed funds from here and there to pay their tuition. They promised to pay back as soon as they got a job but somewhere along the line, they got married. They got a job but they either couldn’t keep up with the payments or diverted it to funding a wedding. They never mentioned this till the day the lender shows up threatening to get his cash before something happens.

Expensive Wedding Celebration: These days if your wedding isn’t aired on live television, online or in notable magazines, it’s not considered a superb wedding. Everyone aiming for this spends over and above their budget even taking a loan to pay for the shortfall. You don’t want to start your marriage with loan repayments which could go on for a year or two. When the celebration is over and everyone’s let, it will just be you and your spouse left to sort out the mess. It’s tough but try to live within or below your means.

Having Kids Too Early In The Marriage: One might think, let’s get married and settle down, have the kids and get done with it but it’s only much later you realize what the consequences are. It doesn’t work for everyone but most people who have kids in the first year of marriage struggle with growing their investments. You are bogged down with school fees, vacation costs besides not being able to buy your house. It will seem impossible both trying to save for a house or even get a mortgage when you have ongoing bills to pay for but if the kids come a bit later, you might have even paid for your house and that’s out of the way. Some couples have their kids almost getting into college and they still don’t own their house.

Over-supporting Siblings and Extended Family: there’s no problem providing support to your siblings and extended family but if able-bodied men and women who have no disabilities or aren’t handicapped depend on you for their livelihood, you’re headed for the rocks. Many couples claim they can’t even afford a weekend with so many burdens on them from family members? If you or your spouse’s family is relying on your finances to make it out of the woods, then your relationship will be strained. Having a budget for family support will be the first thing to do besides defining the boundaries on what you can and will not do henceforth.


Keeping Up With The Joneses: The ‘Joneses’ are the hypothetical family that doesn’t exist with an unrealistic lifestyle and if one wants to keep up with them, you’ll end up nowhere with lots of issues. It’s tough but possible to define where you family’s headed and stay on course. Don’t spend more than you earn. Save till you can pay for it. Don’t take another loan from someone else when you’re yet to pay off the last one. Don’t send your kids to that school because our friend’s kids are there. Don’t go on holidays thrice a year when you can hardly pay your rent when it’s due.

Don’t buy that lilac lace or gold jewelry that costs almost a million when you’re still a tenant. You don’t want to wake up one day and your funds have gone down the drain and your marriage is barely standing.

Having An Affair: One of the advantages of having a joint account is the fact that you can both track the in-flow and out-flow. You know how much each earns and you know the regular bills that have to be paid. You need funds to fund an affair but if you don’t have a joint account you can’t quickly tell when funds are diverted for unknown causes. Most times, you have no clue how much is going down for this affair till you realize one day you’ve lost so much. There are folks who claim they can’t afford their kids school fees but you see them transferring cash urgently for this other lady somewhere out there in town.

Starting A Business You Have No Clue About: Most women who are envious of a friend or colleague who’s started a business might put pressure on their spouse or family funds to be given to support this new business. Some have even resigned from their jobs to take on a new business they have no training or skill required to manage the business. Like a kite, the business takes off but it soon comes crashing down after a few months and the funds have done down the drain leaving the family in a mess. This definitely will strain the relationship as either party will blame the other for what has happened.

Having No Financial Plan:  Many couples get married with no major plan for their marriages besides falling in love, planning a wedding, moving into one house and raising kids. It’s only a few years later they realize time has gone by and there’s nothing to show for it. A financial plan would define what you both want to achieve in the first five years, ten years, etc.  The plan would include savings and investments options as well. In the even that something unplanned happens, you can fall back on what’s in place. Many leave from hand to mouth these days praying the rainy day never comes and when it does, their marriage falls apart.
at February 25, 2017