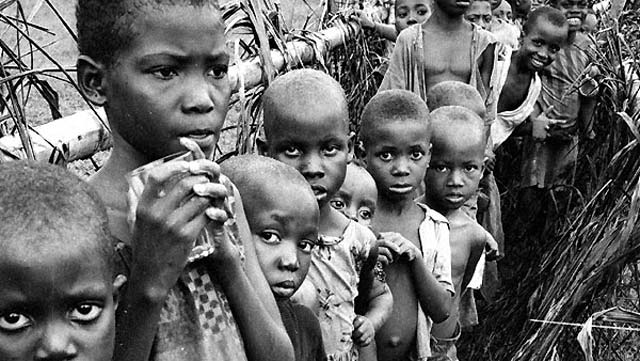 Generation come, generations go. But it is the character of each generation that will largely determine its place in the womb of posterity. Every generation holds the pencil in its hands, writing itself into history on the strength of what it is able to accomplish with what it is given and the circumstances under which it found itself. Each generation will be partially viewed from the keyhole of what it leaves behind for the generations after it.

Its story will be told by those who know about its journey and even those who do not. It is thus incumbent upon every generation to strive to define itself, otherwise those with little or no understanding of its journey will define it. Those who know nothing of the circumstances of the generation or proper appreciation of its accomplishments might just shove it down as one forgettable footnote, even when its place ought to be high up in the hierarchy. Of course, there are no guarantees for any generation on how it will be viewed or defined, but that should not stop it from placing on record its journey, perhaps it might just help the curation and possibly, the beatification process for the generation concerned.

The word, ‘generation,’ is often loosely thrown around here but it does, in fact, apply widely to ‘a group of individuals born and living contemporaneously’ or to people born between 20 and 35 years, depending on which interpretation one is more comfortable with. America, for instance, has the Baby Boomers generation, which refers to those born following World War II, generally from 1946 to 1964. Generation X is the one following the baby boomers, which usually refers to those with starting birth years ranging from the early-to-mid 1960s and ending birth years ranging from the late 1970s to early 1980s.


So, we can, in the case of Nigeria, safely lump all of those born between 1955 and 1985 as one generation, but for the purpose here, I take the liberty, to restrict to the cohort born between 1963 and 1978. That classification might not sit well some, but it is arbitrary on my part, arrived at, for ease of making the case here. But I recognise, as a matter of fact, that the spirit, which sets apart one generation from the other cannot, in itself, be boxed or restricted to a specific generation. That spirit will often outlive one generation and transcend onto another.

It is also recognised that it is not everyone who biologically belongs to a cohort that does, in fact, represent or manifest the spirit of that generation. Some will be caught up with the past while a few others will be enraptured in their dreams that they will embrace the future ahead of the time they live in. Not everyone who falls into a particular generation will, of essence, be overtaken by the zeitgeist of that age. There will be iconoclasts and renegades in every generation. That is understandable and it, in no way invalidates the argument that the generation, in this sense, would refer to a group of whom most are approximately the same age with.

Mostly similar ideas, problems, and attitudes. There are different generations in Nigeria, one called out as a ‘wasted generation.’ What would then propel this declaration of another one as the ‘warrior generation’? It is to do with the circumstances of its birth, odds it has had to face and accomplishments made, in spite of all. Some were born just before the Nigerian Civil War, many during the war and others immediately after the war. Before, during or after, they were born into crisis.

Born into war, raised under the jackboot of military rule, many members of this generation found themselves in the trenches, not by choice, but by a conspiracy of forces and circumstances. Many had to fight their way to get Nigeria from the stranglehold of an oligarchy, even if another set of people immediately hijacked it from them. They inherited a burdensome country seeking for those who will stand up to rescue her and this generation largely sacrificed itself to achieve that.


Every little progress made has had to be fought for. To end military rule, self-perpetuation in power and restore democracy, this generation has had to fight tooth and nail. Under the guidance of some progressive elements of the older generations, the ‘Warrior generation’ was at the forefront of the fight that led to the restoration of democracy. This generation was in the trenches – home and abroad, fighting – writing, marching, advocating. Some died unsung. Some lost limbs, many lost their livelihoods. They were the foot-soldiers, the army, which sent the military packing and forced them to make a retreat to the barracks.

The generation was born in the age when a good name, family values and communal living still mattered, for it is an elevated sense of courtesy and civics which compels it to speak even when others will rather take solace in silence. It abhors ado-nothing mentality, which will rather whine and wail. It will rather take destiny in own hands. It did not need much prodding before embarking on the ‘Ali must go’ protest, with even secondary school students participating. There was no Twitter then, yet the ‘Ango-must-go’ protest was nationwide. There was not then the luxury of the instantaneous social media, there was no Facebook. People took to the streets to face the Babangida and Abacha tanks. There was no Twitter yet Babangida was sent packing from Lagos, Shonekan’s interim contraption was made uneasy and Abacha was turned into a recluse, restricted to Aso Rock. It was all done on the back of the sacrifice by the ‘warrior generation.’

We do not have a culture of remembrance, we easily forget. Hopefully, someday soon, this will become a nation with respect for record and its past. A country that forgets its journey and the men and women who sacrificed themselves or were sacrificed in the process of that journey is no nation, it is only a geographical expression yet to come to terms with what it takes to forge nationhood. It is that generation of Nigerians born between 1963 and 1978 that I have taken the liberty to label Nigeria’s warrior generation, unassuming as that cohort is. To be unassuming should not leave one unsung.