This Rare Black Ferrari F50 Is Valued At Over $3 Million 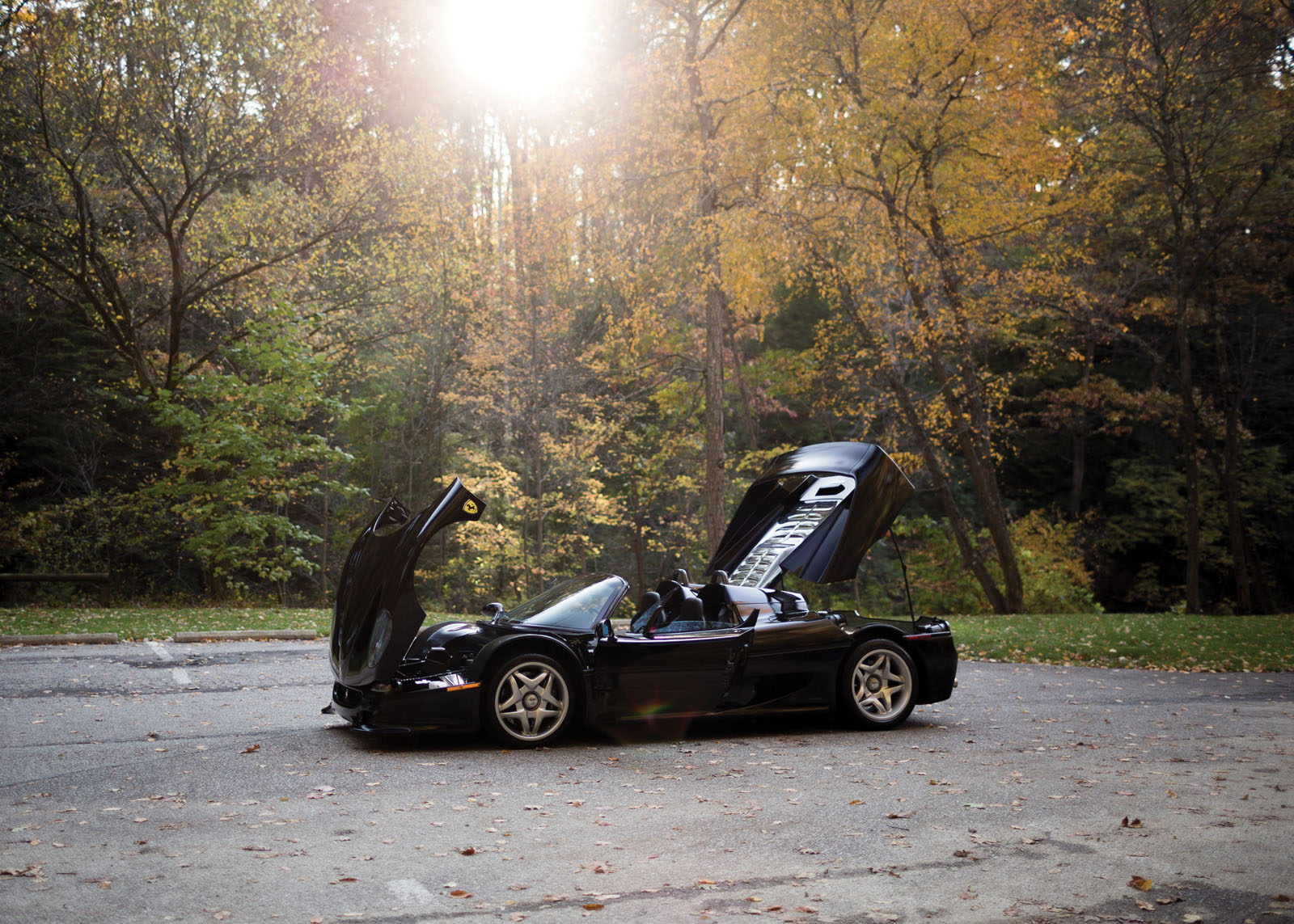 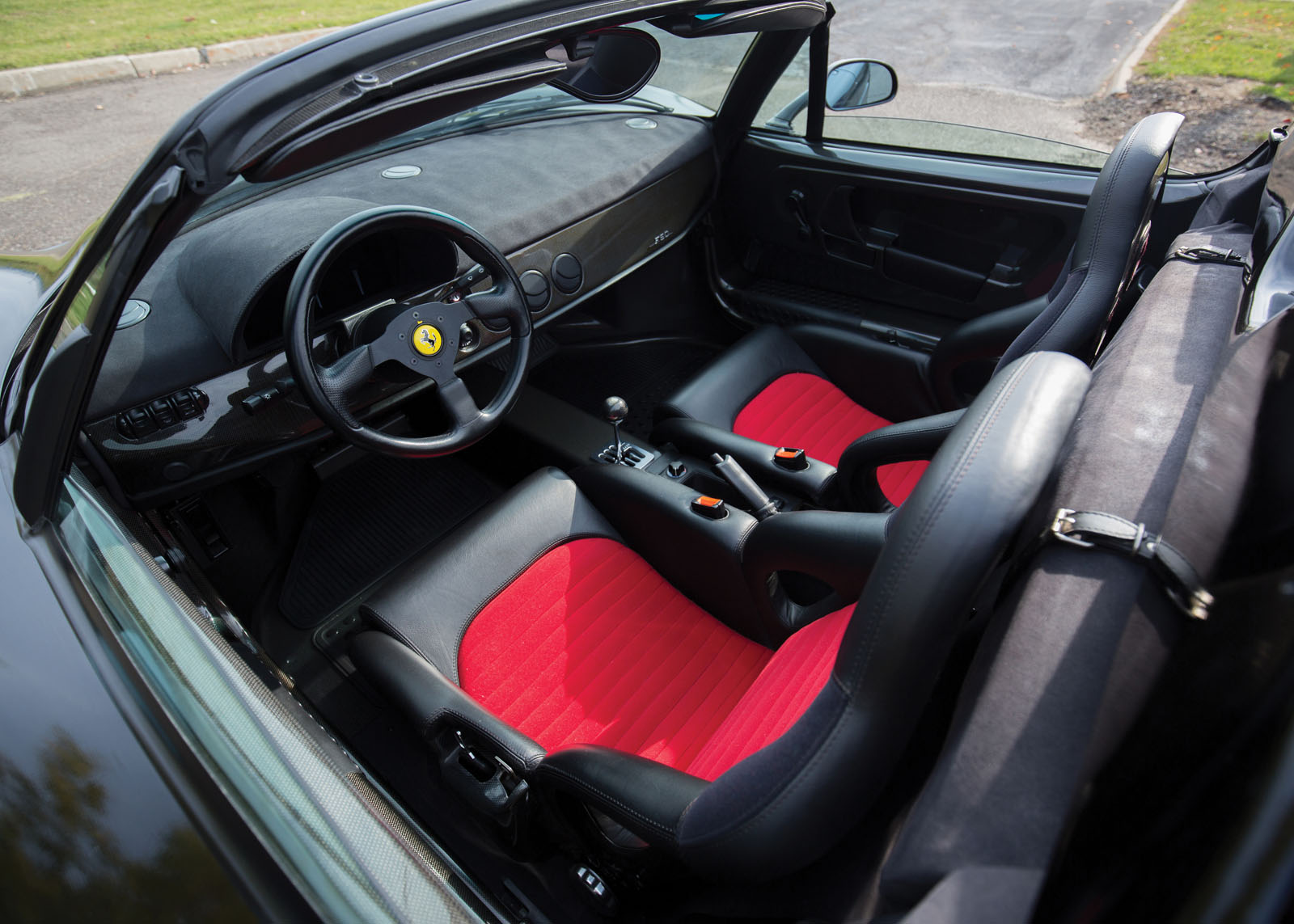 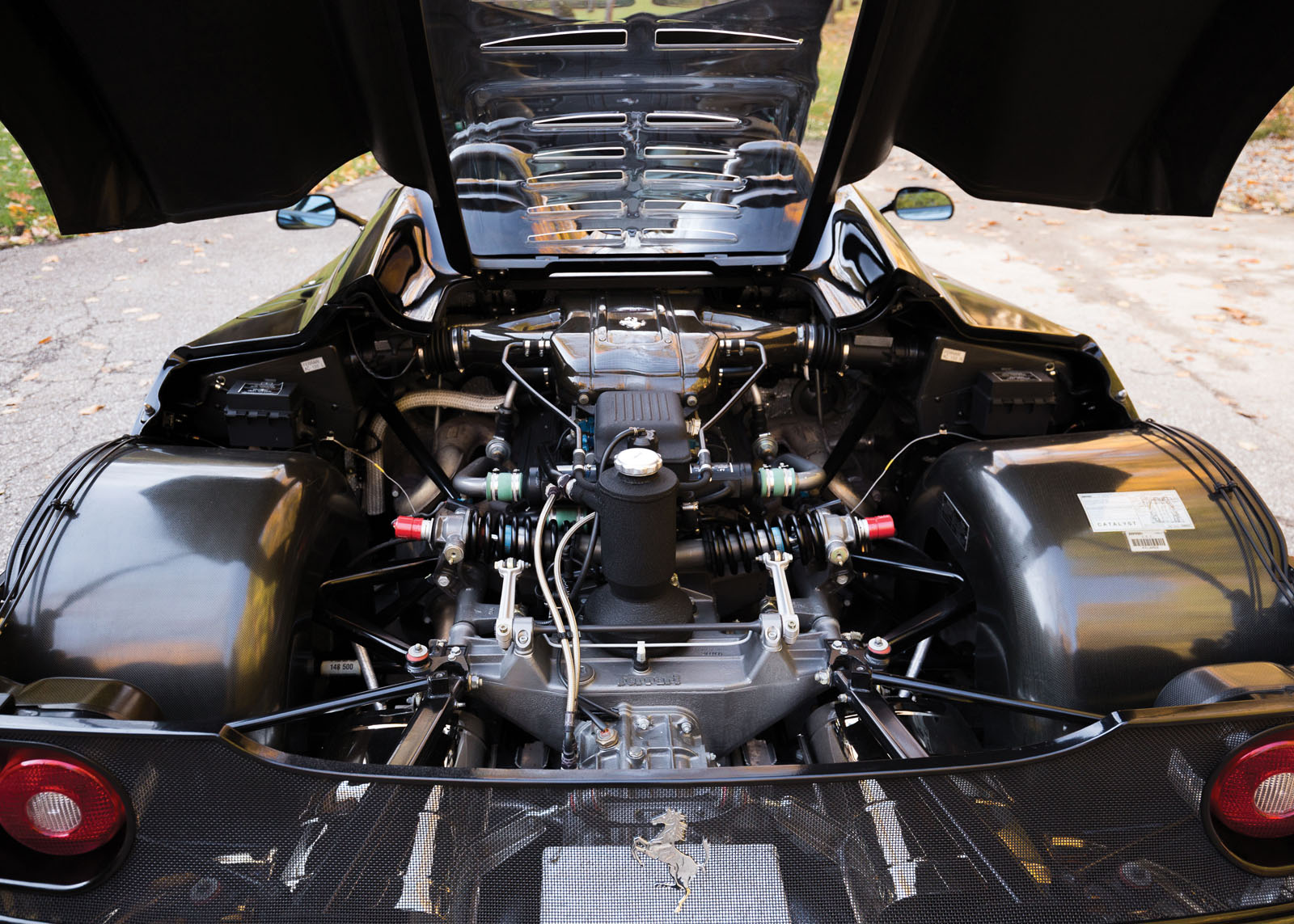 The vast majority of the F50s that Ferrari sold were, as you might expect, finished in red. In fact 302 out of the 349 were painted Rosso Corsa, and another eight in a darker shade of Rosso Barchetta. There were a handful painted other colors, though – including 31 in Giallo Modena, four in Argento Nurburgring, and four in Nero Daytona – like the one you see here.

Chassis no. ZFFTG46A6S0104092 was one of two delivered in black to the United States. The other one crashed recently, and though it was repaired, the example you see here remains the most pristine you're ever going to find.

Color aside, this F50 carries the same mechanical components as any of the other 349 made. That means a 4.7-liter naturally aspirated V12 rated at 520 horsepower, mated to a six-speed manual transmission – making the F50 the last of Ferrari's flagships to include a clutch pedal. With a carbon-fiber chassis and bodywork, the twelve-cylinder roadster could hit 60 in 3.6 seconds and top out at over 200 miles per hour.

With just 2,090 miles on the odometer, this black F50 has been coddled its entire life. The hardtop, the canvas top, and the three-piece matched luggage set have never been used and are still in their original packaging. That's a bit of a shame, considering that a car like this is made to be driven. But it means that the murdered-out supercar remains highly valuable.

How valuable, you ask? Between $3 and 3.5 million. That's how much the auction house expects it will sell for when it drops the gavel in Arizona in a few weeks. But you can check it out now in all its glory thanks to Drew Shipley, who shot these beautiful photos for RM Sotheby's.
at December 28, 2016