New Rolls-Royce Phantom Makes A Stop At A London Dealership The Rolls-Royce Phantom has made its showroom debut in London, following its unveiling at a special event last month. 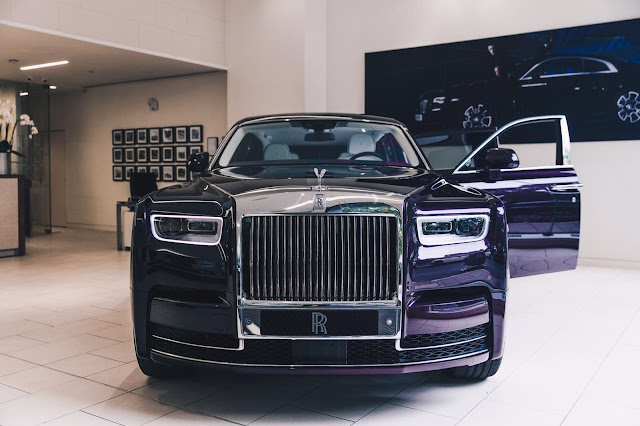 Dressed in eye-catching purple paint, the model has a commanding presence thanks in part to its taller grille and laserlight headlights with integrated daytime running lights. 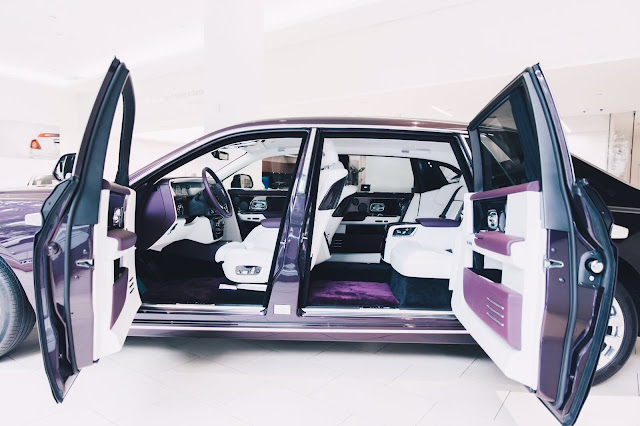 The 'purple people eater' theme continues in the cabin as this particular model has white leather upholstery with contrasting purple accents on the dashboard, steering wheel, and floor mats. Putting that aside, the latest pictures give us a better look at the Phantom's luxurious interior which is decked out in piano wood trim and glistening chrome accents. 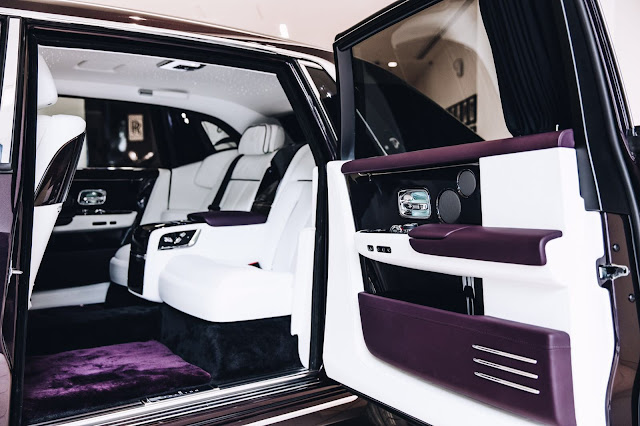 A closer inspection reveals an evolutionary three-spoke steering wheel which resides in front of the car's new digital instrument cluster. 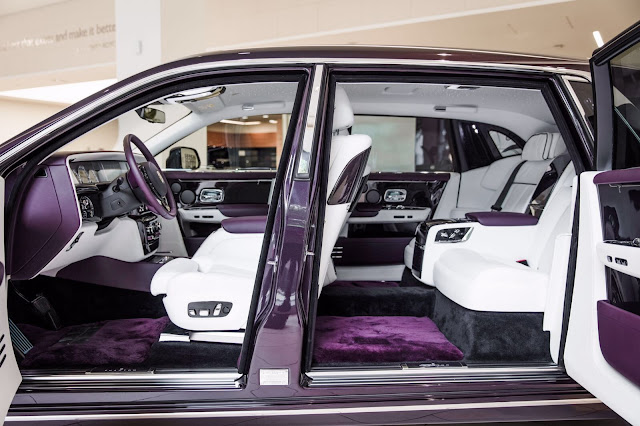 Rolls-Royces are mostly about the rear seat and this car doesn't disappoint as it has two individual power seats which are separated by an elegant center console. The model also appears to be equipped with the new rear seat entertainment system which is hidden behind wood trim and can be electrically deployed at the push of a button. 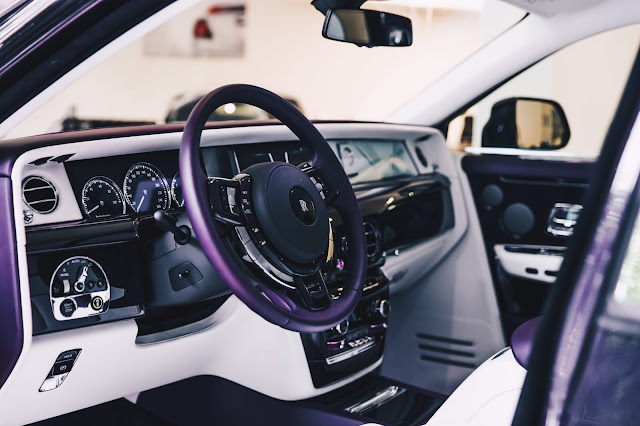 Should your chauffeur take a holiday, you'll be happy to know the Phantom comes equipped with a new twin-turbo 6.75-liter V12 engine that produces 563 hp (420 kW) and 663 lb-ft (900 Nm) of torque. It is paired to a high-tech eight-speed automatic transmission which uses GPS technology to ensure its always in the right gear.
at August 13, 2017