Facts about Murphy Ijemba (OAP at Max 102.3fm) and its net worth is over 30million naira

Murphy Ijemba is a Nigerian radio personality who anchors Max Drive show on 102.3 Max FM. His radio anchoring style has since won him several nominations and accolades at award ceremonies in Nigeria.

He was born in Mushin, a suburb of Lagos State, where he went on to complete his primary and secondary school education. He holds a B.Sc certificate in Accounting after graduating from Bayero University, Kano. In an interview with Emmanuel Tobi of The New Telegraph, he revealed that he had to sell chickens in order to financially support his education.

He started his radio career as a presenter at Raypower FM in Kano under Daar Communications where he worked for 5 years. He joined Brila FM in 2011 where he developed in his craft before he controversially quit the radio station in 2017 upon tendering his resignation letter citing the need to improve his "capacity academically and professionally". He is a brand ambassador for 360Bet and Zutasia. 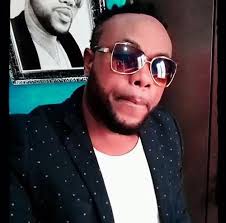 Below are the facts you never knew about Murphy Ijemba :

3.Born In Mushin,a suburb of Lagos

4.Had his primary and Secondary education in Mushin

6.He lost his Father when he was about 3-4years –old

7.He lived with his Mother and Grandfather

8.His Mother had three Children

9.Because he didn’t want to end up as a tout,he asked his mother to take him out of Mushin to live with his mother’s elder brother’s  in Alaba,from there to Enugu,Benin and Abuja.

10.Murphy was a member of Cultural and Drama group in Primary and secondary school ,Mushin.

11.He sells Chicken while in the University to support his education.

12.Murphy was a member of Student Union Government(SUG) while in Bayero University.

13.Murphy started journalism when he was interviewed at Raypower,Kano station as a spokesperson for the SUG by Mallam Dikko who was then the Head of DAAR Communications in Kano. Who told him ‘’you had a good voice’’ that he loved the way he flow and his mannerism. He asked, “Why don’t you give a shot at presenting?” He said RayPower was looking for a sports presenter and maybe I could fill in for the time being. That was how he started in Raypower FM Kano.

14.He was a former anchor of entertainment show-‘Next Level ‘on AIT

15.Murphy is a  member of the Nigeria Guild of Actors.

16.He left Raypower  where he worked for five years few months after it got burnt.

17.George informed him about an audition in Brila FM when he told him he needed a job.

18.Murphy got to the audition late in Brila FM but he eventually got the job as he resumed the next day. 27 Facts You Never Knew About OAP-Murphy Ijemba

20.Before he resumed at Brila FM,he ealier got a job at Eko FM with a better salary but he rejected the offer due to probation that is attached to it.
2
21.His favourite food: Amala with Gbegiri and Ewedu with assorted meat.

22.He stopped smoking cigarettes in Secondary school when his mother caught him.

25.Murphy is the brand ambassador for 360Bet and Zutasia.

26.He was a former presenter of The Popular side on Brila FM with Sean Amadi and Eseoghene Odafe(Elegbete).