BMW 8 Series Concept Looks Tempting As A Convertible Too 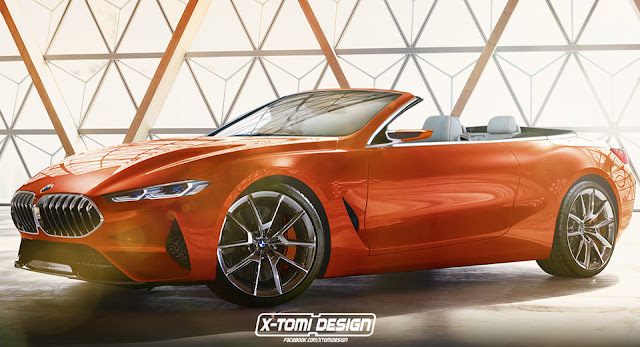 The original BMW 8 Series never bred a convertible version. The 6 Series that followed certainly did, though. So will the new 8 that's set to take its place?


That's the question posed by this rendering from X-Tomi Design. It's based on the Concept 8 Series just revealed by the Bavarian automaker and set to debut at the Concorso d'Eleganza Villa d'Este. Only instead of blue, it's orange. And instead of a fixed roof, this one's open.


The resulting form may not be as sleek or resolved as the coupe concept, but it could be just the ticket if Munich is intent on taking on the Mercedes SL and S-Class coupe/cabrio – to say nothing of the Bentley Continental (with the Rolls-Royce Dawn positioned above) and the forthcoming Aston Martin DB11 Volante. 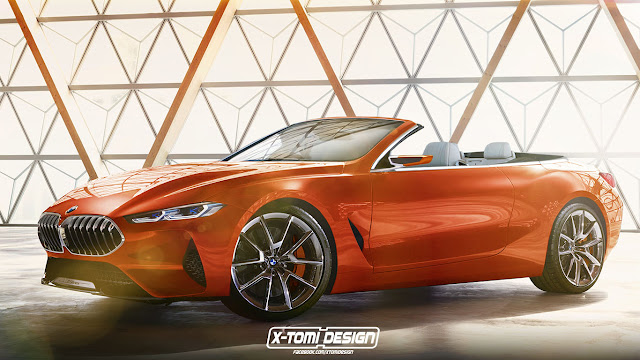 The Roundel marque does, after all, have a penchant for convertibles. In addition to the aforementioned 6 Series, its stable of cabrios and roadsters includes drop-top versions of the 2 Series and 4 Series, only recently did away with the Z4, has another roadster on the way (being co-developed with Toyota) to take its place, and is expected to launch an i8 Spyder. That's to say nothing of the Mini Cabriolet, the Rolls-Royce Dawn, and the recently discontinued Phantom Drophead Coupe (which is also expected to be replaced by a new model).


We wouldn't quite call an 8 Series cabrio a foregone conclusion, then, but with such a rich background in convertibles, it could certainly be in the cards.